Enter the competition that could see YOU getting your art published in 2000 AD - and paid for it!

Some of the biggest artists in comic books got their break at the legendary award-winning 2000 AD – and you could be joining them! Our art competition – 2000 AD Art Stars – is your chance to get into the pages of 2000 AD AND get paid for it!

Star Scans have been a staple of 2000 AD since its earliest days: single-image pin-ups of the greatest characters in the galaxy, from Judge Dredd and Strontium Dog to Dan Dare and Rogue Trooper, drawn by some of the best artists in comics from Brian Bolland and Dave Gibbons to Jock and Liam Sharp!

Every few months, we give artistic Earthlets the chance to submit Star Scan pin-ups based on 2000 AD characters – and the winner, chosen by the editorial team at 2000 AD, will be published in a future edition of the Galaxy’s Greatest Comic. PLUS they’ll be paid for their art!

After we announce a new theme, would-be art droids can submit their entries and our editor will then choose their favourite image for publication. Plus, two runners-up will be chosen and receive zarjaz 2000 AD graphic novels! This is your chance to follow in the footsteps of some of comics’ greatest artistic talents and, who knows, maybe break into the industry yourself!

The new theme for the summer 2020 competition is: SLÁINE THE BARBARIAN!

He’s sliced and diced and warp-spasmed his way through history for 37 years – and he didn’t think it too many! Created by Pat Mills and Angie Kincaid in 1983, with duplicitous dwarf Ukko and his favourite weapon – a stone axe called Brainbiter – by his side Sláine is a combination of Robert E Howard’s Conan and the ancient Irish hero Cú Chulainn. Headstrong, arrogant, brash, and not afraid to chop first and ask questions later, Sláine MacRoth has become one of the mainstays of 2000 AD – helped by the incredible artists who have drawn him since his debut, including Kincaid, Glenn Fabry, Simon Bisley, Dermot Power, Simon Davies, and more! 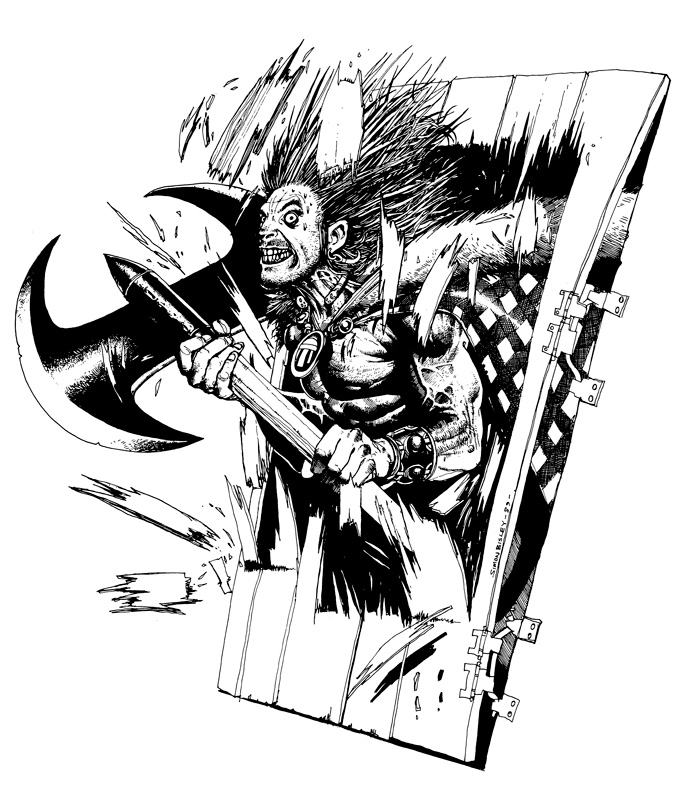 Please carefully read the terms and conditions below and submit your entry by emailing 2000adartcomp@gmail.com

When emailing your entry, you should receive an automated reply confirming receipt – please check your email provider’s spam folder if it does not arrive within 24 hours.

For more on Sláine, check out the episode of The 2000 AD ABC:

Follow the competition as we feature selected entries on 2000 AD’s social media at: