What's coming from the Galaxy's Greatest Comic in July - check out our Diamond Previews listings and order from your local comic book shop now! 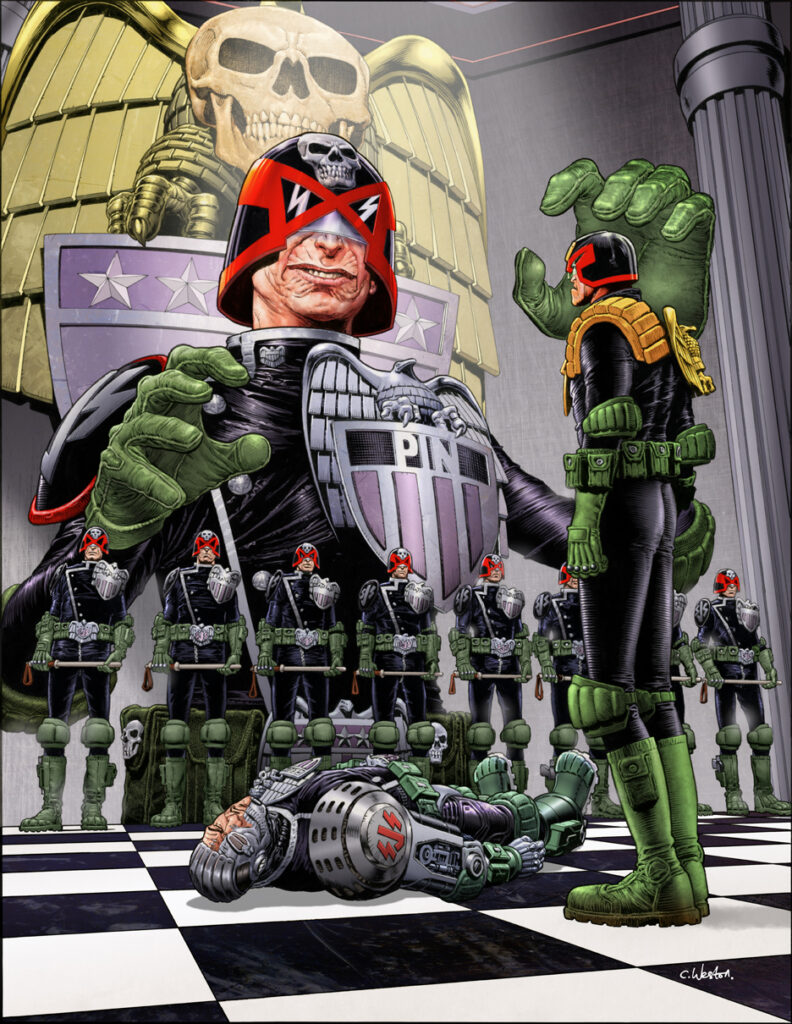 The advance information for 2000 AD’s comics for July 2019 has been released – get all the skinny on what’s coming out from the House of Tharg three months from now!

April’s issues of 2000 AD and the Judge Dredd Megazine are now available to order from comic book stores in the latest issue of Diamond Distribution’s Previews magazine, which is available from 24th April.

Nort war-crimes investigator Atalia Jaegir returns and is at the mercy of the Southers in new story ‘Valkyrie’ by Gordon Rennie and Simon Coleby; plus Sinister Dexter find Downlode isn’t what it used to be in ‘Dolores 4 Ever’ by Dan Abnett and Steve Yeowell; Indigo Prime agents plunge through the dimensions in ‘Fall of the House of Vista’ by Kek-W and Lee Carter; folk-horror series ‘Thistlebone’ comes to its petrifying climax, by T.C. Eglington and Simon Davis; and Judge Dredd faces off against the psychopathic SJS Judge Pin in ‘Control’ by Rob Williams and Chris Weston!

More action and adventure in the future-shocked world of Judge Dredd! Judge Dredd battles for his life at the hands of the Red Queen’s agents in ‘The Red Queen’s Gambit’ by Arthur Wyatt and Jake Lynch; Psi-Judge Anderson heads into haunted territory out in the Cursed Earth in ‘The Dead Run’ by Maura McHugh and Patrick Goddard; DeMarco helps a grieving son find the truth about his dead mother in ‘An Eye…’ by Laura Bailey and Paul Williams; Nia’s in deep trouble with the Brit-Cit gangs in ‘Diamond Dogs’ by James Peaty and Warren Pleece; and The Returners investigate an amusement park that is not all it seems in ‘Chandhu’ by Si Spencer and Nicolo Assirelli. In addition there’s interviews, features and more – and in the bagged mini-trade, travel back to 17th-century London as zombie-hunter Defoe takes on the undead hordes in ‘The Damned’ by Pat Mills and Leigh Gallagher!