What's coming from the Galaxy's Greatest Comic in June - check out our Diamond Previews listings and order from your local comic book shop now! 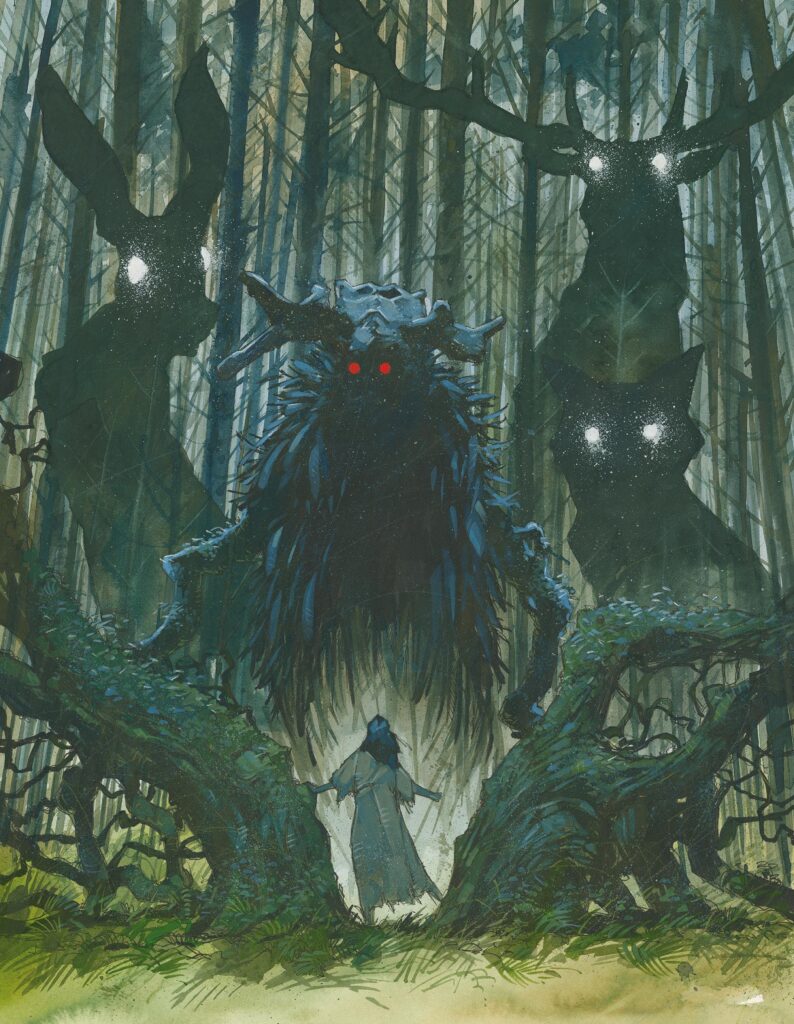 The advance information for 2000 AD’s comics for June 2019 has been released – get all the skinny on what’s coming out from the House of Tharg three months from now!

April’s issues of 2000 AD and the Judge Dredd Megazine are now available to order from comic book stores in the latest issue of Diamond Distribution’s Previews magazine, which is available from 27th March.

North American readers can order a month’s worth of 2000 AD in a single monthly pack – enquire at your local comic book store!

New series ‘Thistlebone’ debuts this month, by TC Eglington and Simon Davis – a dark folk-horror chiller as the survivor of a cult is drawn back to the woods where something ancient and unholy is thought to dwell. Plus Gordon Rennie and Tiernen Trevallion return to the world of Absalom for the second book of ‘Terminal Diagnosis’, as the copper and his team prepare to face the terrors of The Mills and rescue his grandchildren from the demons’ clutches. In addition, fantasy saga Kingmaker, by Ian Edginton and Leigh Gallagher, comes its stunning finale, there’s a desperate battle against the Martians in Scarlet Traces: Home Front, by Ian Edginton and D’Israeli, and future lawman Judge Dredd tackles crazed cadets and temporal anomalies, courtesy of Rory McConville, Mack Chater and Siku!

More action and adventure in the future-shocked world of Judge Dredd! New stories start this issue: Dredd heads for the Mediterranean Free States to pick up an informer, but an old enemy has him in her sights in ‘The Red Queen’s Gambit’ by Arthur Wyatt and Jake Lynch; The Returners are back, courtesy of Si Spencer and Nicolo Assirelli, as the paranormal investigation team answer a distress call in ‘Chandhu’; and young street punk Nia runs with the Diamond Dogs gang, but there’s more to her than her friends realise in this Brit-Cit thriller from James Peaty and Warren Pleece. Plus there’s the concluding chapters to Lawless: Ashes to Ashes by Dan Abnett and Phil Winslade, and The Torture Garden by David Hine and Nick Percival, and interviews, features and more – and in the bagged mini-trade, the second half of epic space saga Mind Wars by Alan Hebden and Jesus Redondo, ripped from the pages of Starlord!

2000 AD pays tribute to Judge Dredd co-creator Carlos Ezquerra, who died in October 2018, with a summer special featuring some of his most popular characters. Alan Grant and Robin Smith have Dredd tackle perps in a very unique location in ‘Night at the Museum’; Guy Adams and Dave Kendall reveal an untold story of Romanian vampire soldiers the Fiends of the Eastern Front in ‘Strange Meeting’; and Viking Wulf Sternhammer comes to terms with life in the future in ‘Valhalla’ by Michael Carroll and Patrick Goddard. Plus the first two completed chapters of the project that John Wagner and Ezquerra were working on when he died – android cop Spector, programmed to root out corruption at the highest level. Plus poster by Cliff Robinson, and cover from Mick McMahon.