What's coming from the Galaxy's Greatest Comic in October - check out our Diamond Previews listings and order from your local comic book shop now! 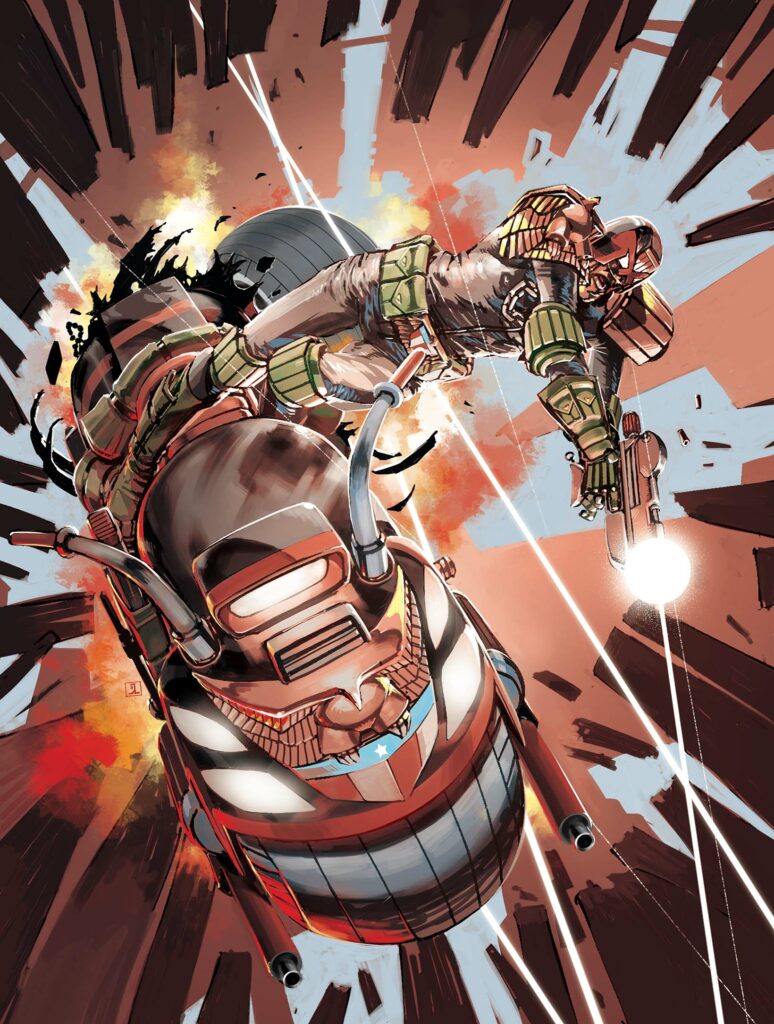 The advance information for 2000 AD’s comics for October 2019 has been released – get all the skinny on what’s coming out from the House of Tharg three months from now!

October’s issues of 2000 AD and the Judge Dredd Megazine are now available to order from comic book stores in the latest issue of Diamond Distribution’s Previews magazine, which is out next week!

Incredible SF action from the Eisner-nominated UK anthology! The stunning line-up of stories that commenced in Prog 2150 continues – Judge Dredd faces the harsh truth of how humans are treated in a robot-run state in ‘Guatamala’ by John Wagner and Colin MacNeil; cop Bridget Kurtis is heading up a Major Crimes department on the Salma Habitat in ‘Hate Box’, by Dan Abnett and INJ Culbard; the Sovs blitz the capital in The Fall of Deadworld: Doomed by Kek-W and Dave Kendall; private investigator Mallory Hope is contacted by an old enemy in Hope… Under Fire by Guy Adams and Jimmy Broxton; and seventeenth-century zombie hunter Defoe battles an ancient evil in ‘The Divisor’ by Pat Mills and Stewart Kenneth Moore!

More action and adventure in the future-shocked world of Judge Dredd! The lawman is called to a penthouse apartment, whose resident has a creepy history in ‘Bad Wiring’ by TC Eglington and Dan Cornwell; Psi-Judge Anderson’s cadets come face to face with a Cursed Earth Wendigo in ‘The Dead Run’ by Maura McHugh and Patrick Goddard; undead curator Henry Dubble introduces another twisted Black Museum tale in ‘Tainted Love’ by Rory McConville and Joe Palmer; Nia has enemies on all sides closing in on her in ‘Diamond Dogs’ by James Peaty and Warren Pleece; and The Returners learn the truth behind ‘Chandhu’ by Si Spencer and Nicolo Assirelli. In addition there’s interviews, features and more – and in the bagged mini-trade, we head into space to battle alien invaders in volume one of Damnation Station by Al Ewing (The Immortal Hulk), Simon Davis (Thistlebone) and Boo Cook (Elephantmen)!