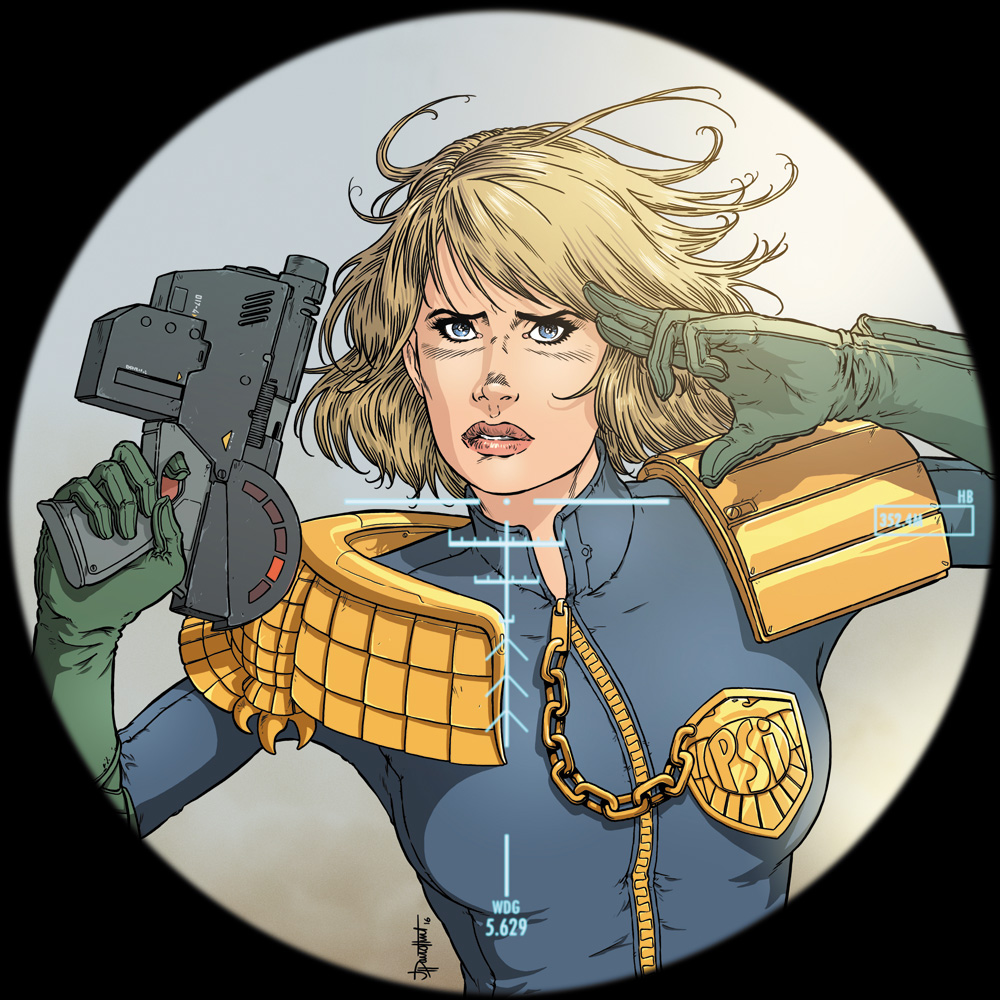 Bow before the Thrill-throbbing might of Tharg’s illustrious organ, Earthlets – it’s 2000 AD Prog 1995!

There’s murderous machinations on a scale Dredd’s never encountered before in the shocking Ladykiller from John Wagner and Carlos Ezquerra; the fate of Earth is at stake in Scarlet Traces: Cold War by Ian Edginton and D’Israeli; revenge is best served piping hot in Tharg’s 3riller: Mindmine; the Hurde are at war with mankind in Outlier: Survivor Guilt; and Psi-Judge Anderson must protect a mayoral nominee from the Citizens Army in The Candidate by Emma Beeby and Nick Dyer!

2000 AD Prog 1995 is available now in both print and digital from all good newsagents and comic book stores, plus digitally through the zarjaz 2000 AD apps for Apple, Android, and Windows 10 devices!

Tharg’s 3rillers: Mindmine
by Rory McConville (w) Colin MacNeil (a) Peter Doherty (c) Simon Bowland (l)
Three episodes, one complete, self-contained story — a condensed hit of super-charged Thrill-power beamed to you directly from the Nerve Centre! Staff Sergeant Osrid Caxon is part of the Marsoldarian Army’s Psychic Explosives Disposal Unit, charged with nullifying the numerous psi-bombs used in conflict. When the pirate gang known as Carasoga use a mindmine on Kraklet-7, he must help those affected — but in the process of defusing one, it’s exploded…nusians, seeking refuge from Martian occupation. Now, Venusian Ahron is on a mission on his home planet…