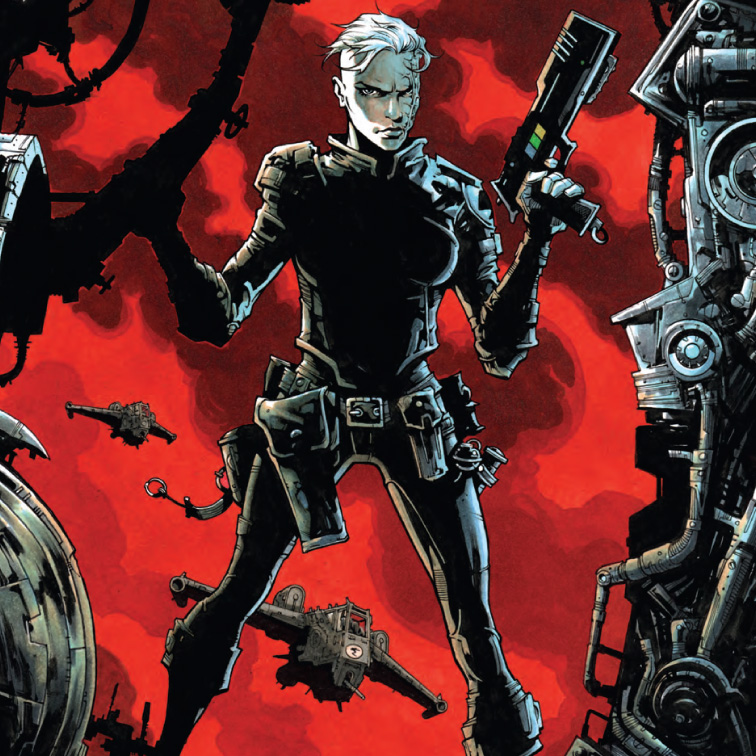 We welcome back Kapiten-Inspector Atalia Jaegir this prog for four-episode story Warchild, brought to you by the regular script and art team of Gordon Rennie and Simon Coleby, plus a stunning cover by Paul Davidson!

This new series of Jaegir sets up the next arc of this popular series set within the Rogue Trooper universe, while elsewhere the rest of the line-up are barrelling towards their respective explosive climaxes. Yes, everything concludes in Prog 1999 to make way for the monumental two thousandth issue of 2000 AD coming your way on 28 September!

2000 AD Prog 1996 is available now in both print and digital from all good newsagents and comic book stores, plus digitally through the zarjaz 2000 AD apps for Apple, Android, and Windows 10 devices!

Jaegir: Warchild
by Gordon Rennie (w) Simon Coleby (a) Len O’Grady (c) Simon Bowland (l)
The Greater Nordland Republic. While the Norts are currently engaged in a galaxy-wide war with the Souther forces, it falls to military officers such as Kapiten-Inspector Atalia JAEGIR of the Nordland State Security Police to investigate war criminals amongst her own ranks. She’s also suffering from the Strigoi curse, a fault in the Nort DNA that can bring out the beast within. Now, her exiled father has been reaching out to her…