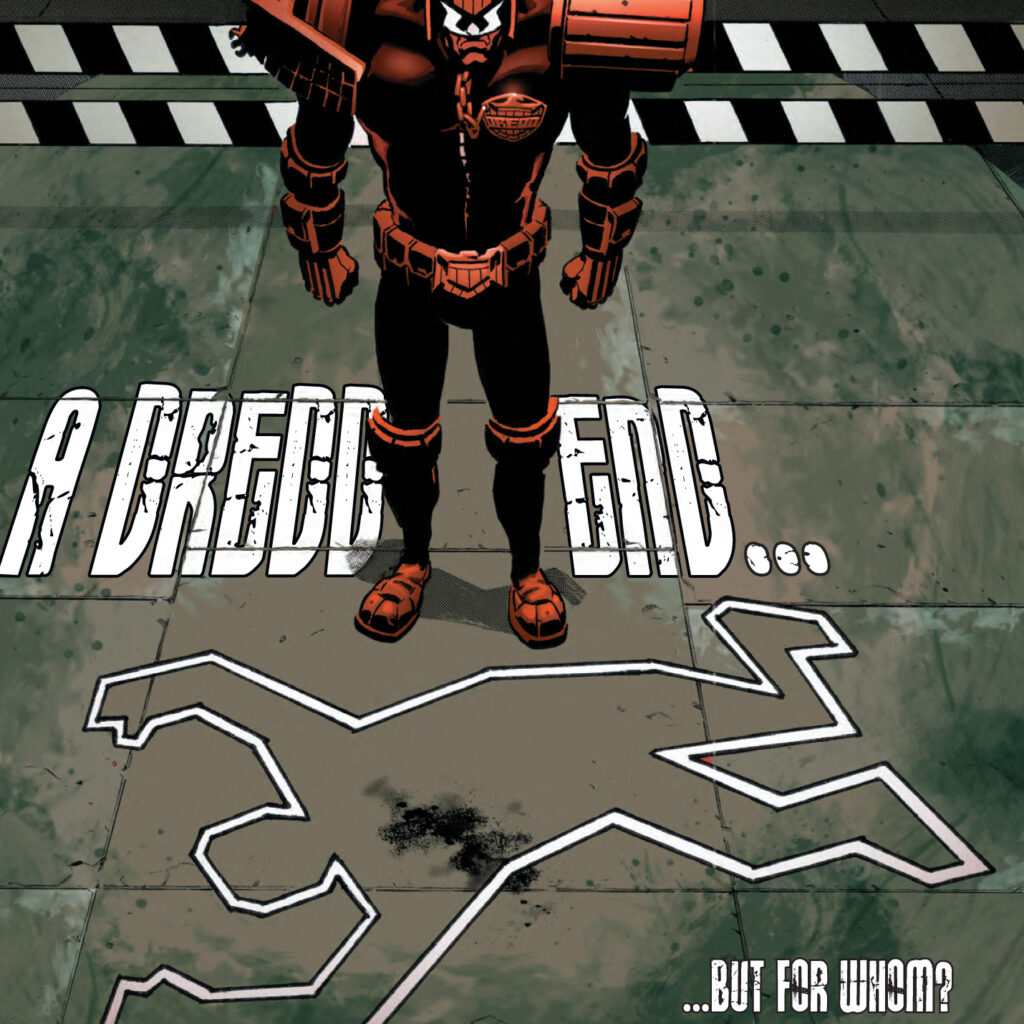 Does this week’s cover by Paul Marshall pique your curiousity, Terrans?

John Wagner announced on The 2000 AD Thrill-Cast several months ago that he was going to be killing off a major supporting character in the Judge Dredd strip, and now you’ll get to find out just who the writer had in his sights in the ghafflebette climax to current thriller Ladykiller – only in 2000 AD Prog 1998!

2000 AD Prog 1998 is available now in both print and digital from all good newsagents and comic book stores, plus digitally through the zarjaz 2000 AD apps for Apple, Android, and Windows 10 devices!

Judge Dredd: Ladykiller
by John Wagner (w) Carlos Ezquerra (a) Annie Parkhouse (l)
Mega-City One, 2138 AD. Home to 72 million citizens, this urban hell is situated along the east coast of post-apocalyptic North America. Crime is rampant, and only the Judges — empowered to dispense instant justice — can stop total anarchy. Toughest of them all is JUDGE DREDD — he is the Law! Now Dredd is determined to find the wanted mass murderer PJ Maybe, who has now kidnapped Dredd’s niece Vienna…

Jaegir: Warchild
by Gordon Rennie (w) Simon Coleby (a) Len O’Grady (c) Simon Bowland (l)
The Greater Nordland Republic. While the Norts are currently engaged in a galaxy-wide war with the Souther forces, it falls to military officers such as Kapiten-Inspector Atalia JAEGIR of the Nordland State Security Police to investigate war criminals amongst her own ranks. She’s also suffering from the Strigoi curse, a fault in the Nort DNA that can bring out the beast within. Now, her exiled father has been reaching out to her…

Anderson: Psi Division: The Candidate
by Emma Beeby (w) Nick Dyer (a) Richard Elson (c) Ellie De Ville (l)
Mega-City One, 2138 AD. Psi-Div is a section that specialises in Judges with accentuated psychic talents — from precognition to exorcism, it deals with all manner of unusual crimes. Cassandra Anderson is Justice Department’s top telepath, and has recently taken rookie Psi-Judge Flowers, a danger pre-cog, under her wing. Now mayoral candidate Carol Smart has been using her psi-powers to get others to do her bidding…