Writing duo behind the fresh Thrill in the all-ages 2000 AD special talk about comics for kids... 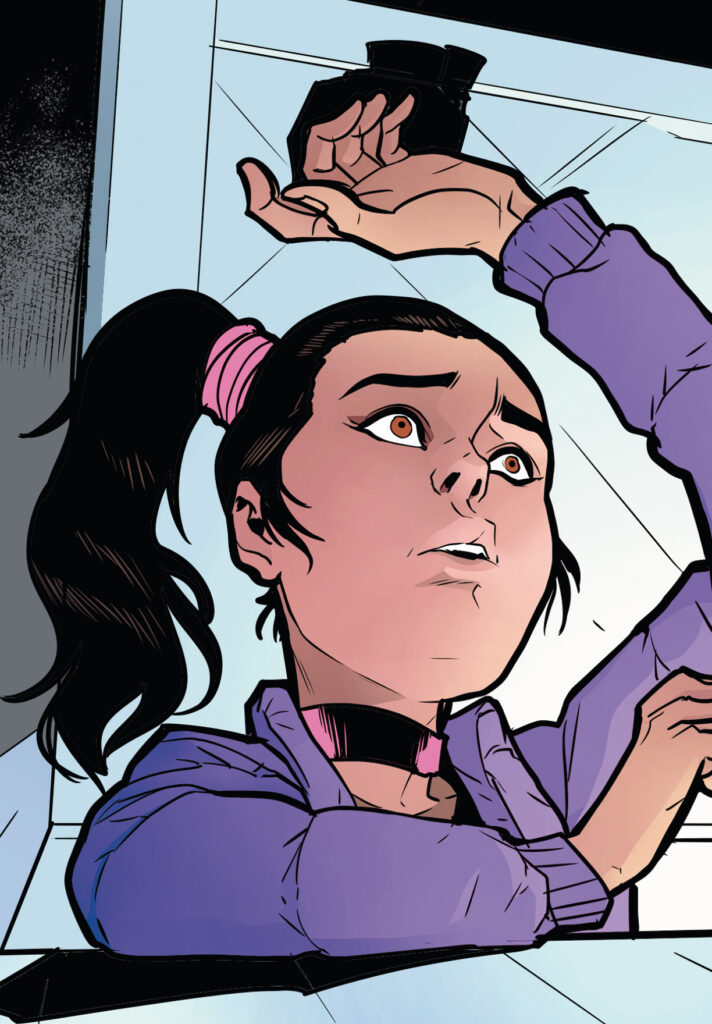 The latest issue of 2000 AD is a spectacularly special all-ages 48-page extravaganza, featuring a host of your faves, with a special 2000 AD Regened spin!

2000 AD Prog 2130 is out now from all good comic book stores and newsagents, and digitally through the 2000 AD webshop and apps!

What are you doing for this special one-off Prog?

John Reppion & Leah Moore: Our story is called Finder & Keeper, and it’s about a couple of school friends who find something pretty unexpected in an old house in their neighbourhood.

Who’s your artist on the tale? Have you seen what they’ve done for you already? What do you think?

JR/LM: Our artist is Davide Tinto, whose work we both really, really like but we haven’t seen the finished pages for the story yet. We’re looking forward to it as much as everyone else!

I’m going to assume it’s a new tale, something like a Terror Tale but with an all-ages spin?

JR/LM: Kind of. It’s also a bit of an introduction to the characters and the world since we’re really hoping to do more with both. But yeah, it’s a neat little creepy tale for all.

You’re used to writing for an all-ages audience, your Conspiracy of Ravens graphic novel with Sally Jane Thompson was a fabulous tale, with its own level of spooky as well. How do you adapt your writing style with 2000 AD for these all-ages tales?

JR/LM: Truthfully, writing for an all ages audience is actually more comfortable than not. You have your parameters set for you. You know what you can and can’t get away with, and you’re not tempted to try to push things too far in a gory or sweary direction. We’re both reading all ages stuff all the time because we have three kids, and there’s lots of stuff about it we really enjoy. You can tell virtually any story for an all ages audience really.

What other characters would you love to see in an all-ages 2000 AD? If you could pitch one story, what would it be for you?

JR/LM: No DR and Quinch in this year’s all ages special? That seems like a bit of a shame. Chris Weston’s Cadet Dredd story looks like it’s going to be the star of the show, but we’re really, really excited to see the whole issue. What would we pitch? We could pitch all day long to be honest. Are we allowed to bring Mytek the Mighty back yet? That would be good for an all ages special!

Finally, with Prog 2030 we’re seeing 2000 AD make inroads, or at least extend an invitation to younger readers. How important do you think it is to see more all-ages 2000 AD tales out there?

JR/LM: 2000 AD fills a very important niche and is a genuine jewel in the crown of British comics, but it would be great to have a title out there alongside it and the Megazine which was suitable for younger readers. There’s definitely a market for it, and it would be good to have 2000 AD corrupting the minds of the youn… I mean getting kids interested in UK comics again.