2000AD Covers Uncovered – Don’t even THINK about it!

Christian Ward takes us inside Anderson's head for the cover of Prog 1993! 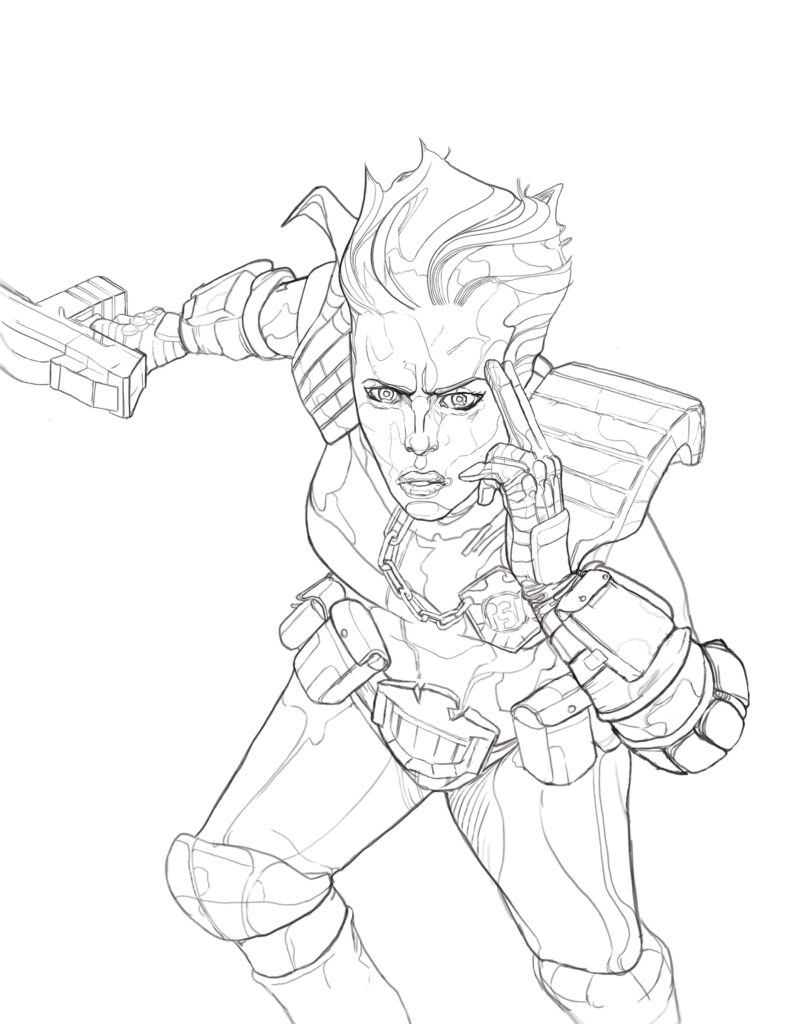 Mrs Anderson’s little girl returns to Prog 1993 with this fantastic cover by new droid Christian Ward. ‘The Candidate’ by Emma Beeby, Nick Dyer, Richard Elson and Ellie DeVille sees the Big Meg’s premier Psi Judge tasked with protecting controversial politician Carol Smart. A career politician whose Manifesto calls for more judges and increased judicial powers, Smart has made herself a target for the terrorist group known as the Citien’s Army. Can Anderson and Rookie-Judge Flowers protect her in time for the forthcoming mayoral elections?

Cover artist Christian Ward gives us his debut cover for the series, his pychedelic style perfectly complimenting the character. Christian is co-creator and dazzling artist of ODY-C (his panel layouts are amazing!) and has worked on a host of impressive titles such as The Uncanny X-Men, Ultimate Fantastic Four, Mad Max: Fury Road, Dr Who and more.

As a long term 2000AD fan, Christian was delighted to work for the Galaxy’s Greatest Comic! He said “Like a lot of UK comic artists, I grew up on 2000ad. Characters like Dredd and Nemesis the Warlock and artists like Brendan McCarthy and Simon Bisley were hugely influential. It was a revelation that comics didn’t all have to look the same, that they could be non-traditional, or painted, or abstract, or that it could be way more bold and exciting than what I’d previously seen in the pages of American comics. You can see the DNA of it in my art, particularly in the pyschedelia of my creator-owned comic ODY-C which I do with Matt Fraction. It was a huge thrill to get to do a cover and what better character to have a crack at than Anderson. It was great to portray one of the coolest psychic characters there is!”

The brief was pretty straight forward. Just a shot of Anderson with ‘a psychedelic effect flowing out of her’. My initial thought was to have a sense of the threat around her but i quickly dropped that to focus on Anderson…”

Below is Christian’s initial rough sketch…

And some exploration of his initial idea…

Christian continues “The favourite was against the white but with a flat colour rather than the white. Nice and straight forward…”

With the initial idea nailed, it was time for the pencils…

Anderson in her psychic form?

And with the pencils done, it was time for Christian to get to work on his trademark psychedelia! Ta da!

As you can see, Christian had a blast with the cover, he said “All in all the cover was fun and I hope it’s the first of many!” Us too!

Be sure to check out Christian’s website, it’s eye poppingly zarjaz!