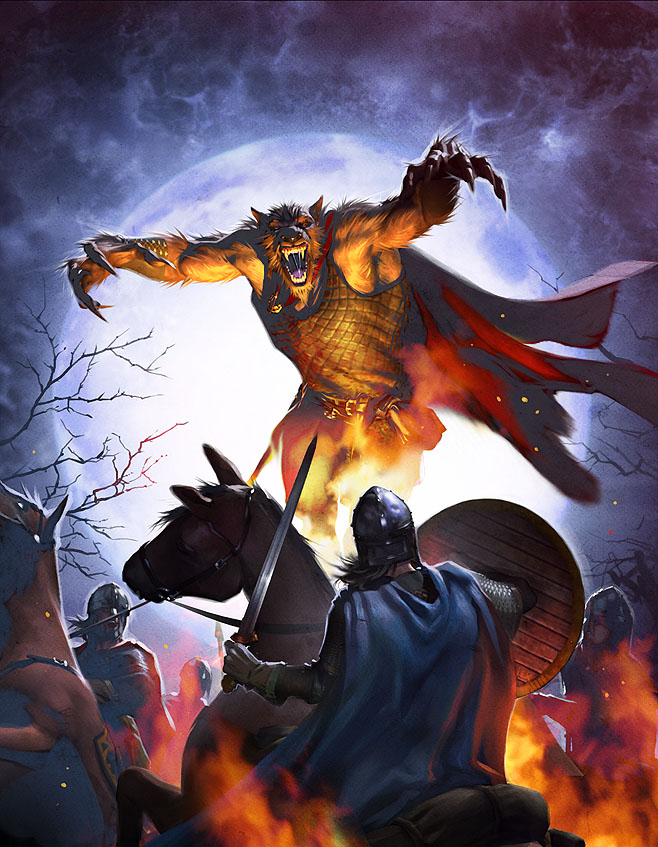 Alex Ronald is back with this brilliant cover to celebrate the climax of Black Shuck! As readers will know, Shuck had to face the dastardly King Coenwulf as his poor wife was giving birth to twins. Sheesh, the lengths some blokes will go to avoid childbirth!

Alex has been illustrating for the Galaxy’s Greatest Comic for over twenty years (time for a service, Tharg!) and his digital paintings are virtually unrecognisable from his original, more traditional work. Of course, this isn’t his first Black Shuck cover, he painted the magnificent cover that launched the series too…

Orc manoeuvres in the dark.

Below we can see Alex’s rough for the cover…

Shuck was over the (full) moon with his new horsey string puppet.

He says “As you can see the werewolf pose changed a bit between rough and final. I felt the foreshortening of the left arm and the lack of wolfy hair wasn’t really working.
Hopefully the shirtless spread arms was a bit of a better approach…”

Shucks to be you Coenwulf!

Another brilliant cover from an artist truly at the top of his game. You can see many more amazing breakdowns of Alex’s work here and please, please visit his site, there’s work on there to die for!

Huge thanks to Alex from sending the images and text!