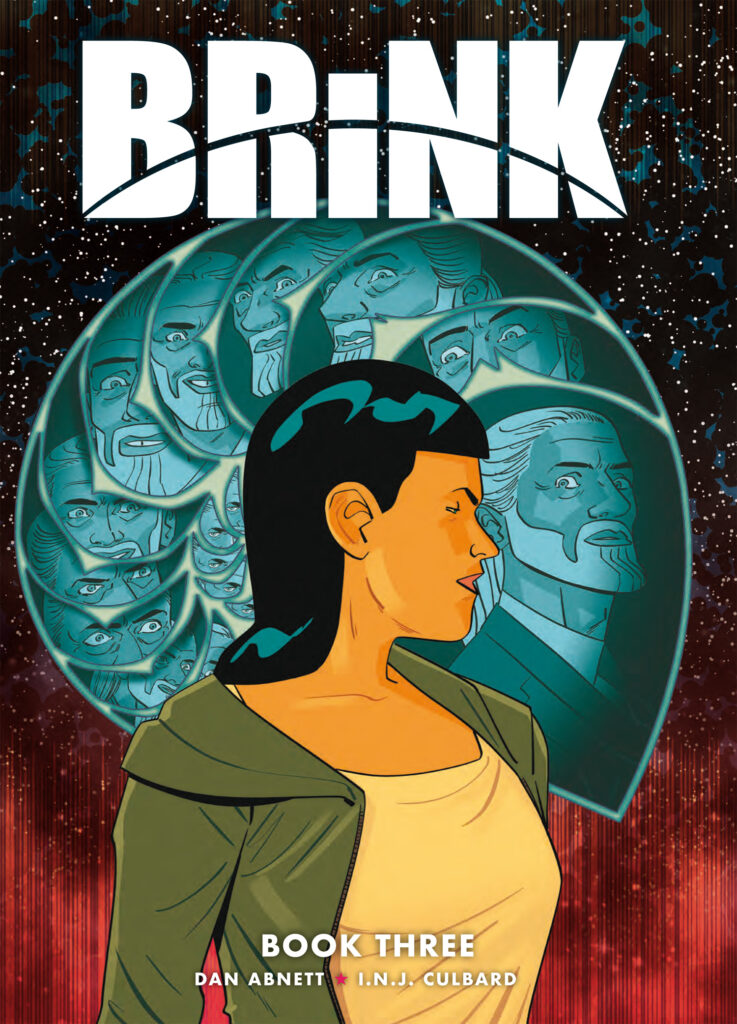 “a science fiction detective story that manages to unite the conspiracy theory angle and investigative style of The X-Files with the harder, film noir edge of Hollywood in the 1950s, beautifully and darkly illustrated” – British Fantasy Society

There’s now 50% off the first two volumes of Dan Abnett and INJ Culbard’s slow-burning sci-fi noir series, Brink, to mark the release of the latest collection!

Bridget Kurtis is back undercover in volume three of Brink, which is out now!

In the late 21st century the remains of the human race are crammed into the Habitats: vast artificial space stations; hotbeds for crime and madness policed by private security firms. When a routine drug bust goes wrong, no-nonsense Investigator Bridget Kurtis finds herself in a life or death struggle with a new sect of cultists. But evidence begins to point to something far more sinister going on behind the scenes…

In the third collection, Kurtis poses as security staff within the paranoid Junot house in an attempt to infiltrate the Master Sect lurking amongst the upper echelons of Junot corporate – can she thwart their plans for mass human sacrifice?