Mark 30 years since the debut of Dave Gibbons and Will Simpson's Rogue Trooper reboot with 50% off the digital collection! 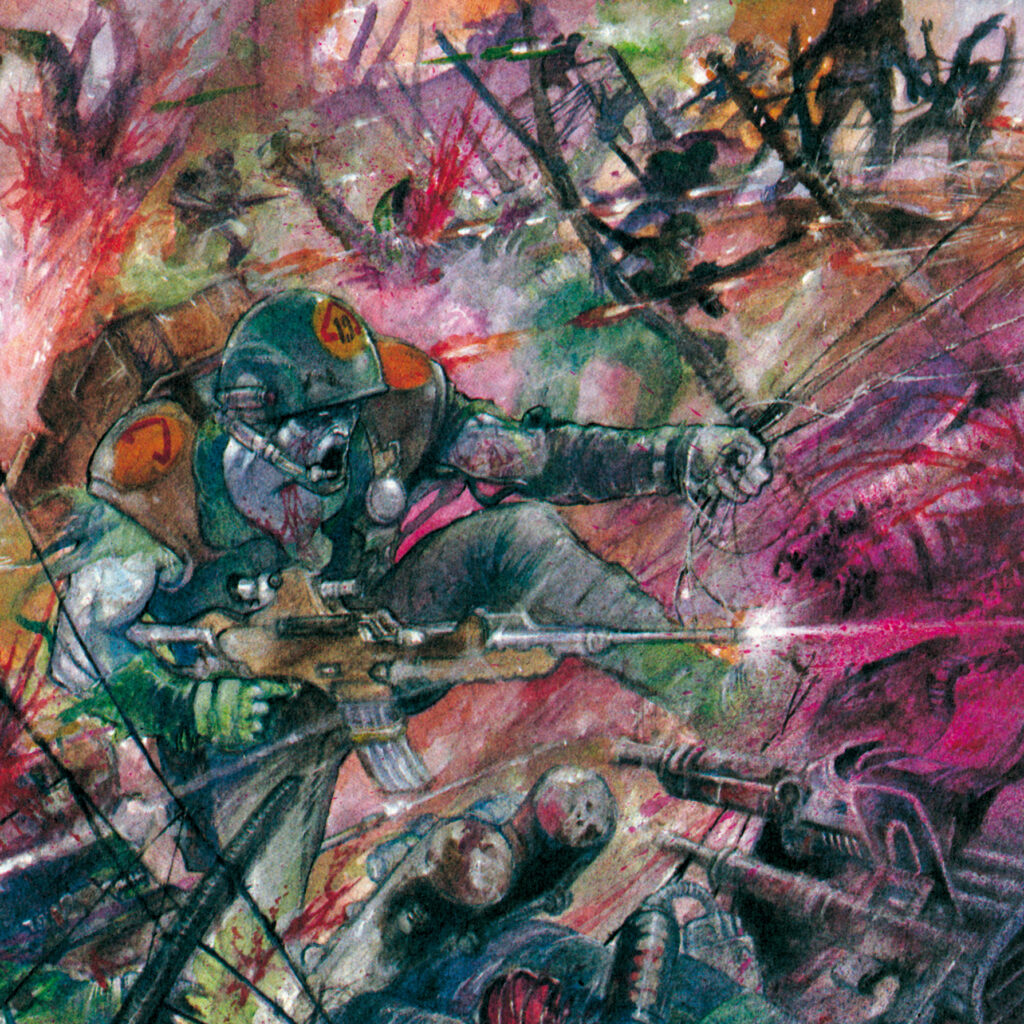 Thirty years ago, a new vision of one of 2000 AD’s most popular characters – Rogue Trooper – debuted. And, to celebrate, you can get 50% off the digital collection from the 2000 AD webstore!

Don’t forget that if you buy a digital title from shop.2000AD.com, you can download the same file in the 2000 AD app (Apple | Android | Windows10) if you register with the same log-in details, and vice versa!

They are the best of the best. Alpha Company, 1st Genetic Infantry, have been created for war. Able to survive in the harshest environments, each clone warrior knows how to obey orders.

Fight hard. Die well. But as the sole survivor of a brutal massacre, Friday starts to question those who have made him this way, making an uncontrollable war machine the most dangerous creature in the galaxy!

As the 1980s drew to a close, 2000 AD had decided to revamp Rogue Trooper and invited co-creator and original artist Gibbons back to re-visualise the character – but rather than draw the new series, he ended up writing it. It was his chance to put his own spin on the character.

Debuting in Prog 650, War Machine ditched the bio-chips and turned ‘Rogue’ into ‘Friday’, a different genetic infantryman with similar origins who swears vengenace on the corporation that cloned him and his fallen buddies – Top, Lucky, and Eightball.

Will Simpson’s artwork marked a clear departure from the black-and-white art that had defined so much of Rogue’s previous incarnation, sitting easily alongside Simon Bisley’s work on Sláine: The Horned God and Colin MacNeil on Chopper: Song of the Surfer.

If Rogue Trooper was partly inspired by Westerns and World War Two films, War Machine took its cue from Vietnam and Paul Verhoeven movies – a gritty, hard-edged and taciturn meditation on war, obsession, and identity.