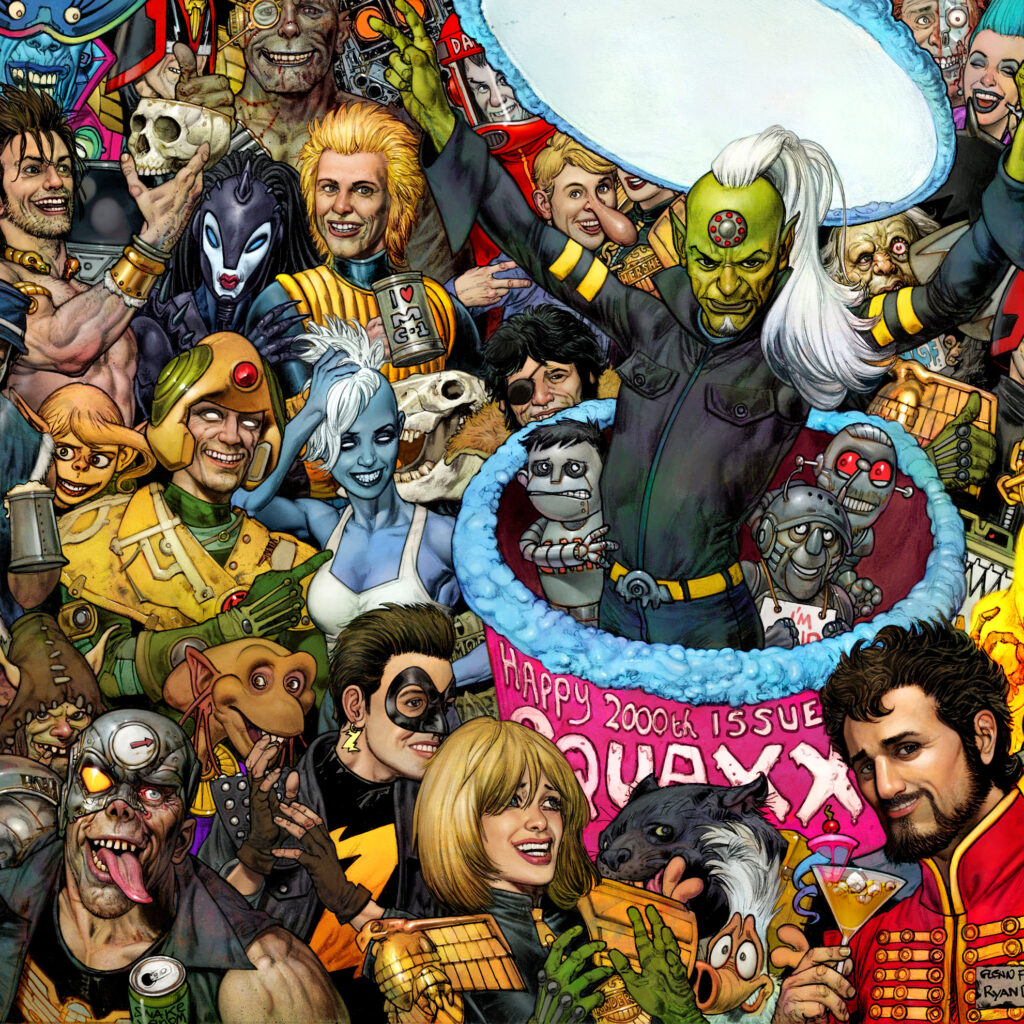 To mark 2,000 issues of the Galaxy’s Greatest Comic there will be signings across the UK with some of the comics’ top creators, from Judge Dredd co-creator John Wagner and legendary artists such as Mick McMahon, Colin MacNeil, Boo Cook, and Steve Yeowell to newer creators such as Leah Moore, John Reppion, Leigh Gallagher, and Tom Foster!

There are also international signings in Dublin and Los Angeles to mark this milestone issue, which hits stores on 28th September.

2000 AD Prog 2000 promises to be a landmark issue for the UK’s longest running SF comic, with comic book superstars Brian Bolland, Mick McMahon, Dave Gibbons, and Kevin O’Neill set to return to its pages for the first time in years for a 48-page celebration bonanza!

Feast your eyes on the full list of zarjaz signings, Earthlets:

Bolland, McMahon, Gibbons, and O’Neill are just some of the incredible talent to return for Prog 2000, which will feature the first sequential comics work by Bolland for 2000 AD since 1987, as well as a brand new series by Peter Milligan and Rufus Dayglo and a poster featuring specially commissioned artwork.

Prog 2000 will be available with three variant covers – newsstand customers will be able to choose between covers by Cliff Robinson and Chris Burnham, while a special Glenn Fabry wraparound cover will be exclusively available through comic book stores via Diamond Distribution.

Comic book stores using Diamond will also be able to take advantage of a buy-one-get-one-free offer to double their offering for what will be a highly sought after issue.

2000 AD Prog 2000 will be available from UK comic book stores and newsagents on 28 September, as well as from North American comic book stores via Diamond Distribution, and in print and digital from the 2000 AD online shop and apps.