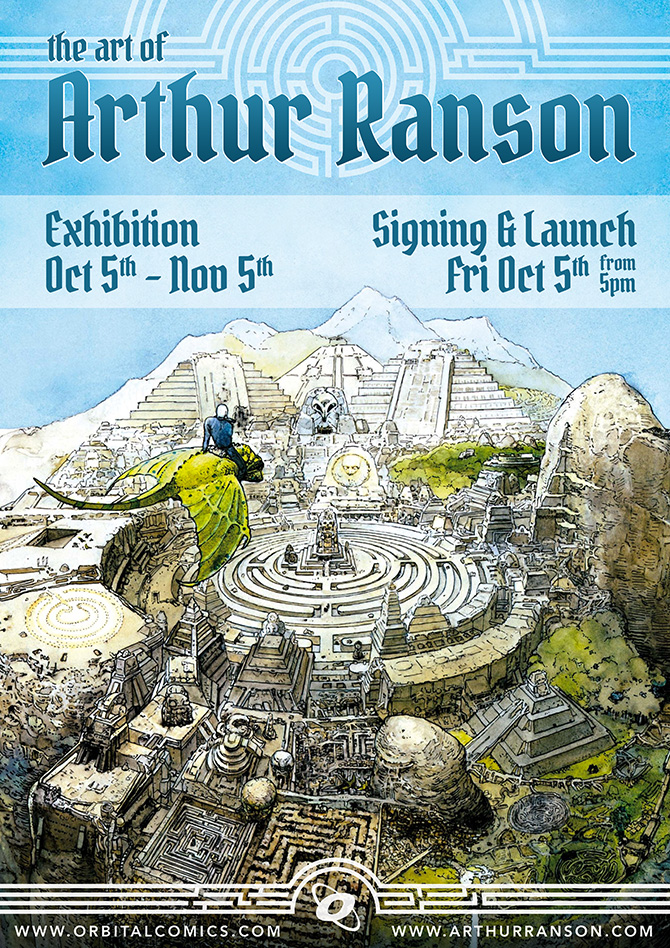 Part One | Part Two) along with the fascinating roundtable discussion about his legacy.

A stalwart of British comics from the 1970s, Arthur worked on licensed properties for Look-In before moving to 2000 AD in the 1980s and quickly establishing himself as one of the seminal artists on Judge Anderson’s solo adventures.

His meticulously detailed style brought atmosphere and depth to his work, whether it was adding verve to adaptations of TV classics such as Sapphire & Steel or rendering the gritty streets of Mega-City One in Judge Dredd.

In the 1990s, he co-created the noir crime thriller Button Man with John Wagner and the fantastical Mazeworld with Alan Grant, while drawing some of the most pivotal and moving moments in Judge Anderson’s life.