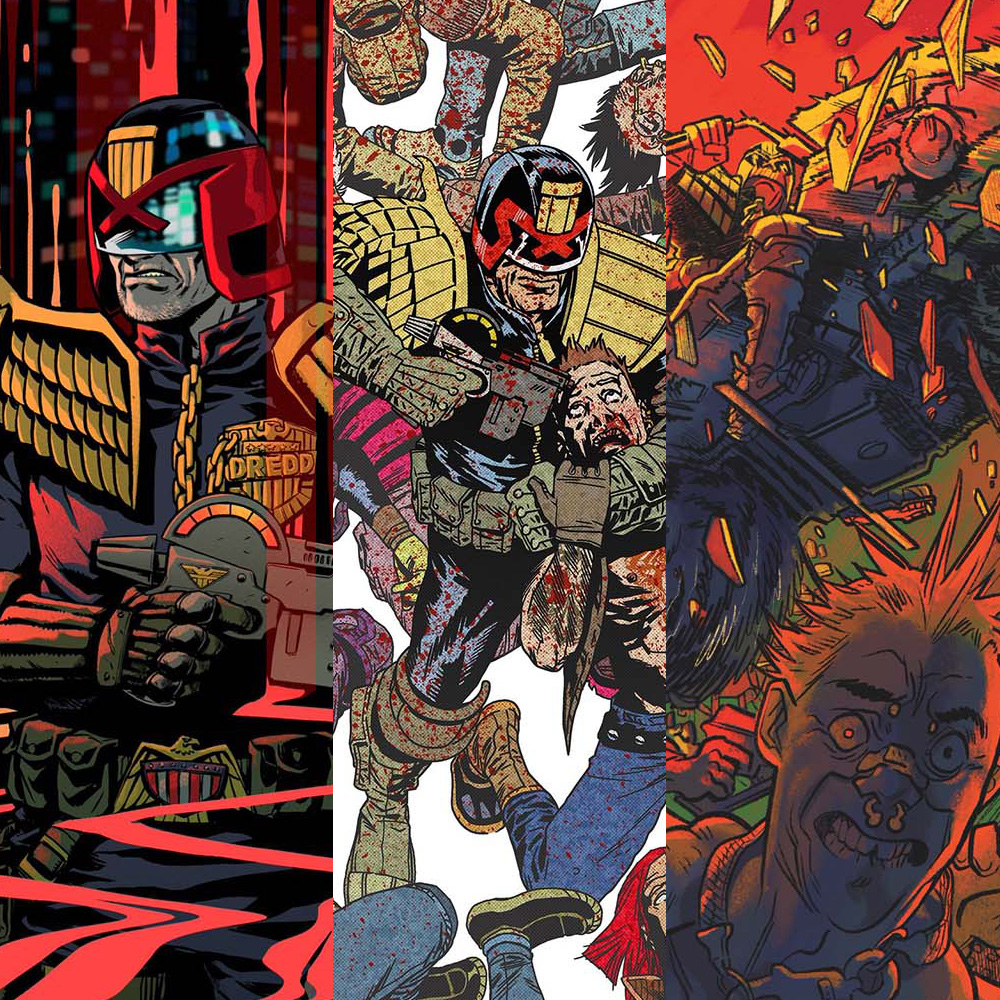 As revealed by The Hollywood Reporter, superstar artists Becky Cloonan (Punisher), Charlie Adlard (The Walking Dead), and Erica Henderson (The Unbeatable Squirrel Girl) are the next big names to be announced on cover duties for Rebellion’s Best of 2000 AD, the new series debuting in April 2020.

The covers represent Cloonan and Henderson’s first work for 2000 AD; Adlard began his career on the Judge Dredd Megazine and 2000 AD but last worked for them in 2007.

Launching in April 2020, Best of 2000 AD is intended as the ultimate 2000 AD mix-tape – an anthology of full-colour stories specially chosen to be accessible to a whole new generation of comic readers who may never have picked up 2000 AD in its traditional format.

The first new major monthly title from the British publisher in almost 30 years, the first 100-page issue will be headlined by a self-contained 48-page Judge Dredd adventure and supported by three of the stand-out series from the ‘Galaxy’s Greatest Comic’, primarily focusing on the critically-acclaimed Rebellion era.

The title boasts brand-new covers from an all-star line-up of New York Times best-selling and Eisner award-winning artists, with more to be revealed. The entire 12-issue volume will feature design by highly-acclaimed designer Tom Muller (House of X/Powers of X).

Watch out – it’s The Vigilant!