Can you help find The Missing Daily Dredds? 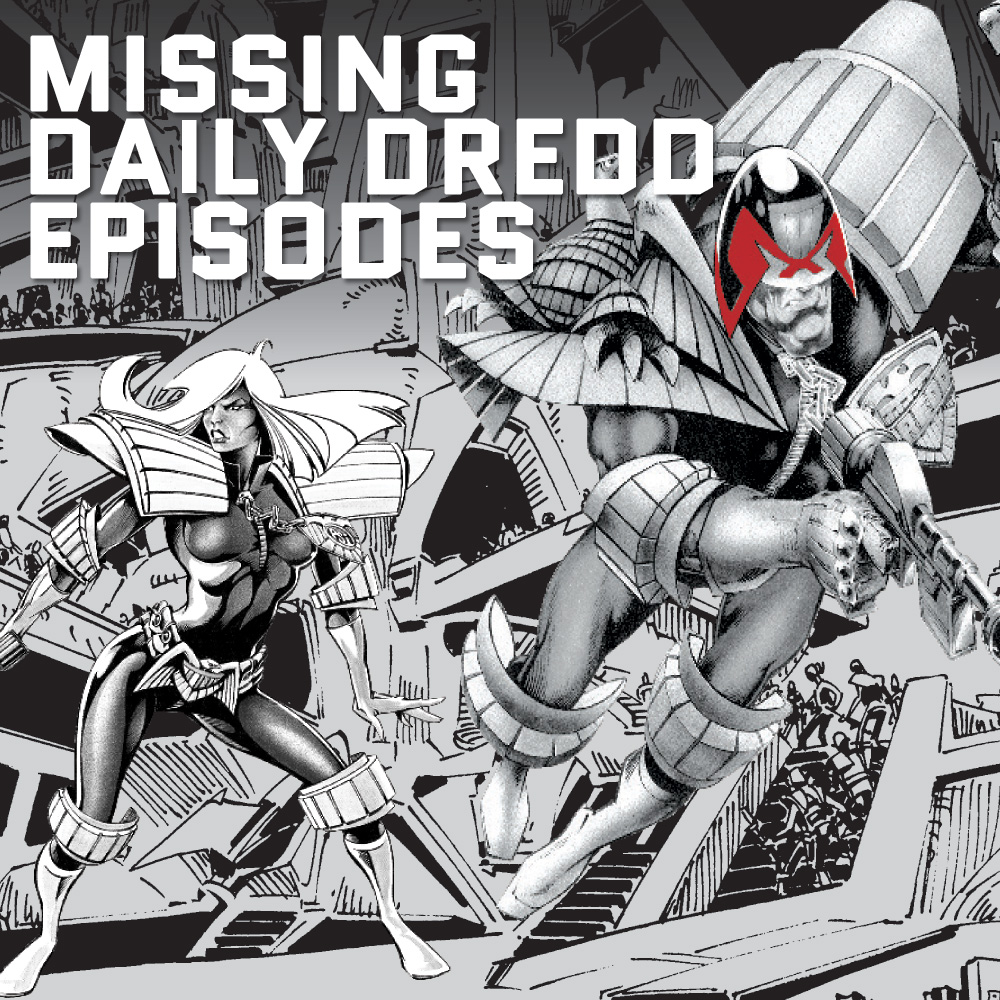 Can you help track down two missing episodes for the next collection of The Daily Dredds?

Thanks to dedicated fans, last year missing episodes of the long-running Judge Dredd stories from The Daily Star newspaper were unearthed so that they could be included in The Daily Dredds Volume 1, making it the first ever truly complete collection of these fascinating and entertaining strips.

2000 AD‘s reprographics droids are now busy working on a second volume of The Daily Dredds – and they once again need the help of fans to track down two missing episodes from a later story.

However, so far they have been unable to find good copies of the episodes numbered #1415 and #1416.

Any Earthlets who have access to either scans or good/excellent physical copies of these two missing episodes should contact 2000 AD by e-mailing press@rebellion.co.uk

The Daily Star strip, which ran for around 2,980 episodes from 1981 until 1998, went further than merely compressing existing stories from the weekly anthology comic – it was responsible for fleshing out many of the aspects of Dredd’s world mentioned in 2000 AD.  It was written by co-creator John Wagner and writing partner Alan Grant, while fan favourite artist Ron Smith produced the vast bulk of the strip, though later contributors included Ian Gibson, Barry Kitson, Steve Dillon, and Mike Collins.