2000 AD confirms the legendary co-creator of Judge Dredd, Strontium Dog and many more all-time classics has passed away 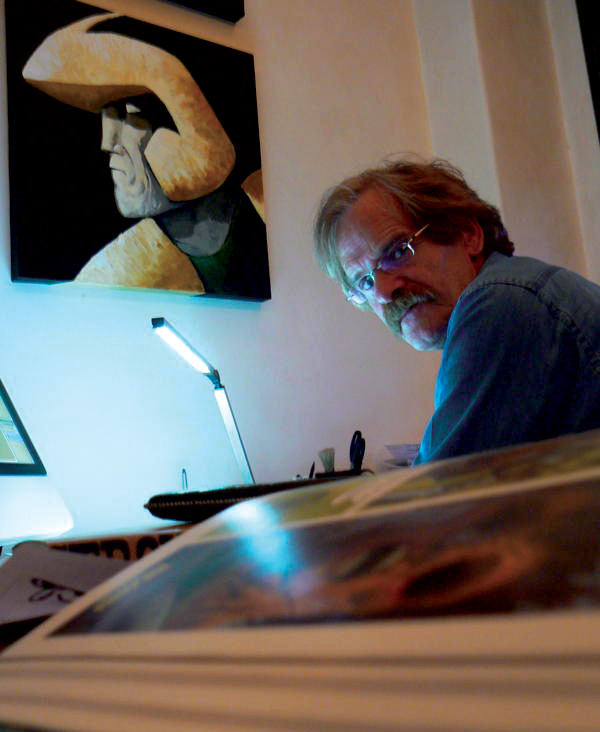 2000 AD is profoundly saddened to confirm that artist Carlos Ezquerra has passed away at the age of 70.

One of the all-time greatest comic book artists, the Spanish illustrator was one of the titans of 2000 AD.

Originally from Zaragoza, Carlos began his career in Barcelona, drawing westerns and war stories for Spanish publishers. Breaking into the UK market on romance titles like Valentine and Mirabelle, he was head-hunted for the new IPC title Battle Picture Weekly where he drew Rat Pack, Major Eazy and El Mestizo.

In 1976, he was asked to create a new character, the future lawman Judge Dredd, for a new weekly science fiction comic called 2000 AD. Thanks to his enduring partnership with John Wagner, Dredd was to become one of the world’s most recognisable comic book characters, with Carlos there to apply his inimitable style to some of the biggest stories in the strip’s history, such as The Apocalypse War, Necropolis and Origins.

Thanks to Dredd as well as his co-creation of Strontium Dog, created for Starlord in 1978, his adaptation for 2000 AD of Harry Harrison’s Stainless Steel Rat, and thousands upon thousands of comic book pages, Carlos was lauded by readers and creators alike.

Modest and unassuming, Carlos was nonetheless a legend whose contribution to the global comic book industry cannot be overstated. His distinctive style – characterised by breathtakingly dynamic, high-energy storytelling and the distinctive ridged thick inking that outlined so many key moments – was instantly recognisable.

Despite a brush with lung cancer in 2010, he continued to work and, although the cancer returned this year it was believed he was recovering well. His sudden death is a profound loss not just to 2000 AD but to the comic book medium.

“It is difficult to put this into words, but we have lost someone who was the heart and soul of 2000 AD. It is no exaggeration to call Carlos Ezquerra one of the greatest comic book artists of all time, and his name deserves to be uttered alongside Kirby, Ditko, Miller, Moebius, and Eisner.

“Yet this doesn’t really do justice to someone whose work was loved by millions and has had an influence far beyond the comic book page. From Judge Dredd to Strontium Dog, from Rat Pack to Major Eazy, Carlos has left us with a legacy of stunning and distinctive work that was and always will be 2000 AD.

“He has been one of the pillars, producing the same dynamic, enthralling and arresting art we always loved him for. We thought we had many more adventures to come from the master, so we are devastated to discover we were wrong.

“Our most profound condolences to his family, his friends, and to the generations of readers who knew instantly they were reading a Carlos Ezquerra comic book.”

“I only started reading 2000 AD in 1985, but four progs after my first Strontium Dog story ‘Big Bust of 49’ began, and I was immediately hooked – powerful, clear and concise in its storytelling, full of energy and humour, and effortlessly cool, his distinctive linework soon became instantly recognisable to this newbie Squaxx whenever he worked on a strip, and he fast became a favourite. The Apocalypse War, Portrait of a Mutant, The Killing, Necropolis… so many great, great stories that came to life under his pen.

“Amazingly, seventeen years later, I became editor of 2000 AD, and had the absolute pleasure of working with the man himself, and he was as pleasant, generous and unprepossessing as he was talented. It’s hard to believe that his work will no longer grace the prog, since he played such a formidable part in what makes the comic so special, but his legacy will live on, for future generations to enjoy.”

Jason Kingsley, co-founder and Chief Creative Officer of Rebellion, said: “It is hard to put into words the influence Carlos’s work has had on me over the years. He may be physically gone from us, but the huge legacy of his creative abilities lives on. My personal condolences to his family.”