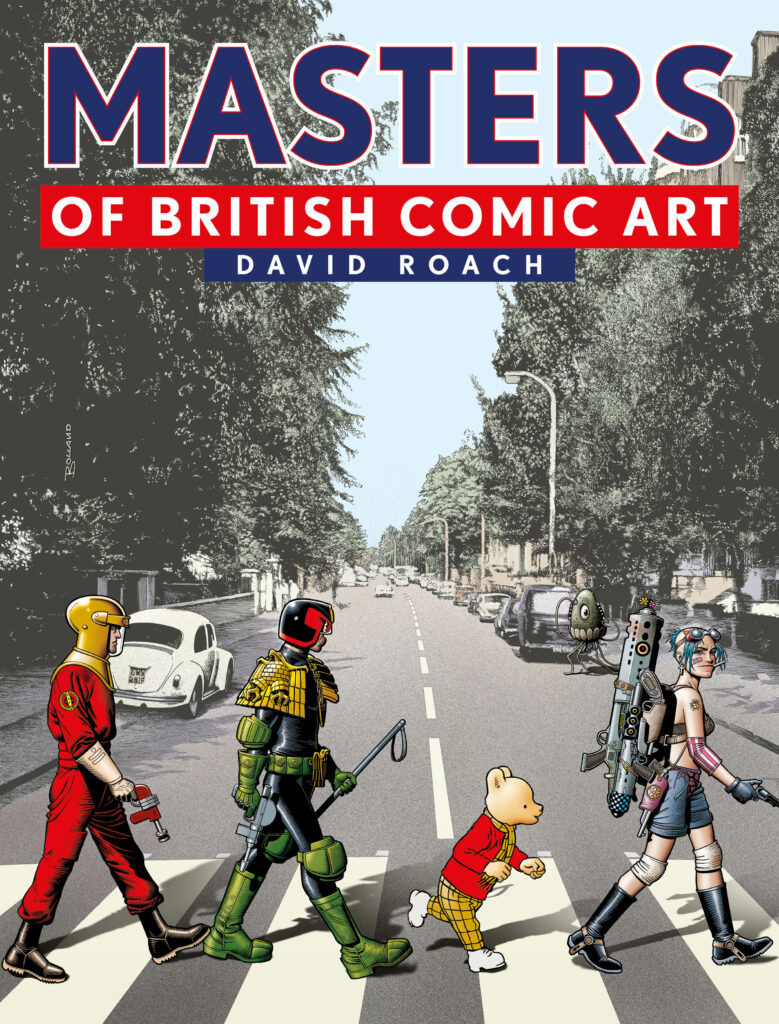 In April 2020, the Treasury of British Comics is publishing a new title that should be the last word in books on British comic book illustrators!

Masters of British Comic Art will be a painstakingly researched insight into 120 years of British comic book art, a wildly entertaining and educational tome that will journey through the history of the British comic industry – from the birth of the 20th Century to the ‘80s invasion of American comics.

A high-production hardcover compendium perfect as a coffee table book or academic encyclopaedia, author and 2000 AD artist David Roach will detail the surprising and fascinating evolution of the art form, from its humble beginnings to its current world-conquering status.

Behind a brand new cover by superstar artist Brian Bolland, and featuring artwork from a vast number of highly-acclaimed artists – all carefully scanned from original artwork – Masters of British Comic Art will be the definitive study and celebration of a beloved industry.

Featuring a Who’s Who of talent, including Bolland, Yvonne Hutton, Dave Gibbons, celebrated greats such as Don Lawrence and lost masters like Reg Bunn and Shirley Bellwood.

From the Drawing Board: Leigh Gallagher

Getting a bit LOCKDOWN LOOPY? Get 50% off fun and funny graphic novels!