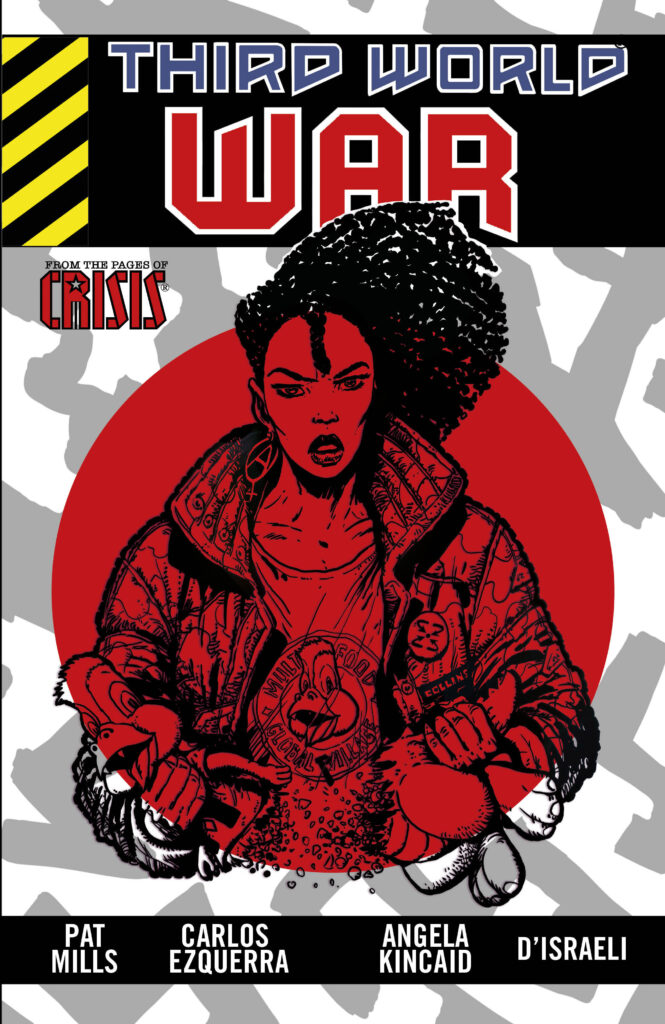 “Unashamedly polemic in its approach, and touching on everything from environmental politics, to food monopolies, to state surveillance, 3WW pre-empted the obsessions of current online activists by some quarter of a century” – Ian McQuaid, Ransom Note

One of British comics’ most politically conscious series is to be collected in its entirety for the very first time!

Using brand new scans of the original artwork supplied by the family of the late Carlos Ezquerra, in 2020 the Treasury of British Comics is publishing the definitive collection of Pat Mills and Carlos Ezquerra’s highly-political comic book classic of global capitalism, rebellion and exploitation – Third World War.

Eve is unemployed after leaving university and is immediately conscripted as a soldier working for a corporation and discovers just how South American countries are being exploited to create food needed to feed the increasing population for their profit under the guise of western paternalism.

Running in Crisis from 1988-1990 and including work by Angie Kincaid and Matt “D’Israeli” Brooker, Third World War is suffused with economic, political, and social issues, and deals with ever-more-prescient issues around capitalism and global politics. Ezquerra’s painted colour artwork is a highlight of his long and distinguished career.

A truly anti-establishment graphic novel, unlike anything else published by the Treasury of British Comics so far, the collection will be available in January 2020.