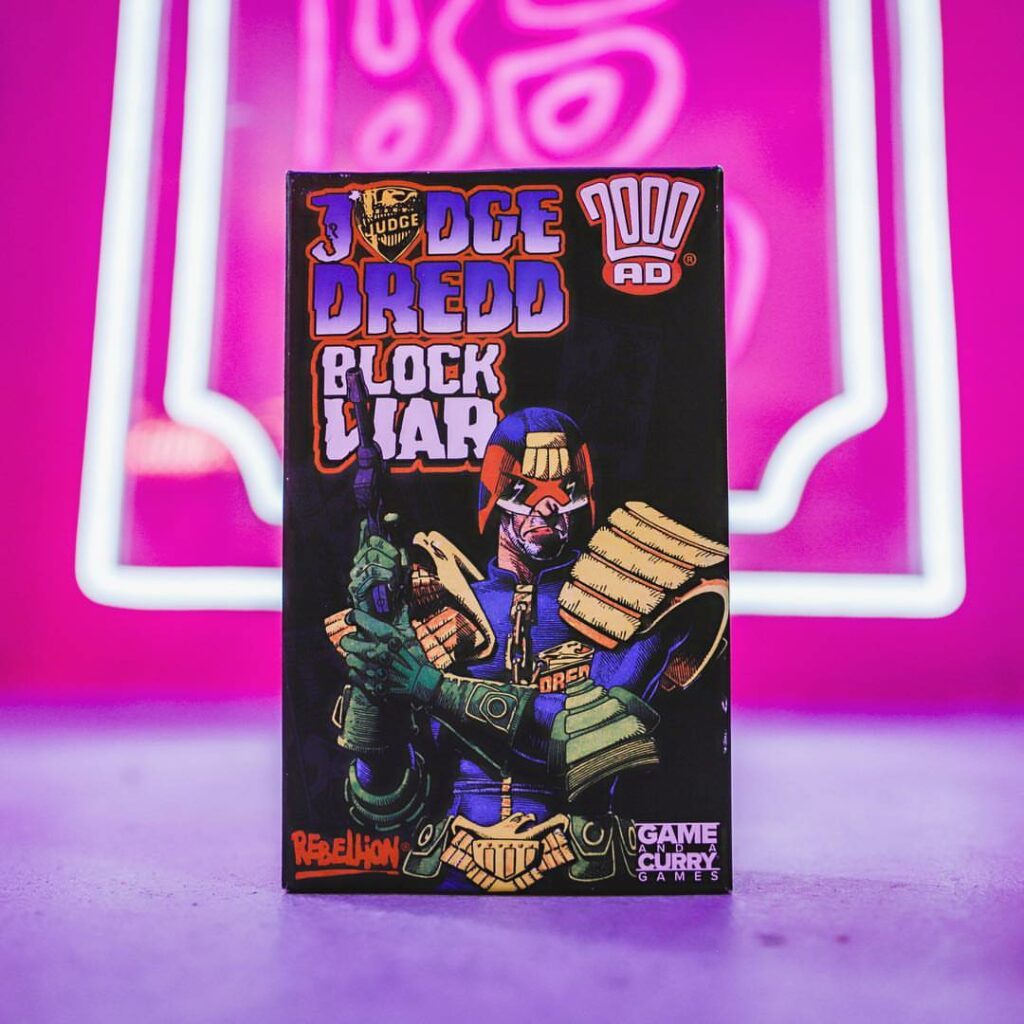 Game and a Curry have issued a new, revised rule book for their Judge Dredd: Block War card game.

After feedback from players, a new set of rules has been formulated so you can take full advantage of the game’s dynamics – and you can download the new rule book for free!

Judge Dredd: Block War is a two-player card combat game, where players take on the roles of Perps, trying to destroy one another’s blocks.

But there’s more – the Justice Department AI (situated between the players) is on patrol attempting to extinguish the violence.

Block War is easy to learn and fast to play – it takes about 15 minutes in total after learning.

Block War is designed by Herb Ferman and produced by Game and a Curry Games with original art from some of the greatest Judge Dredd artists.