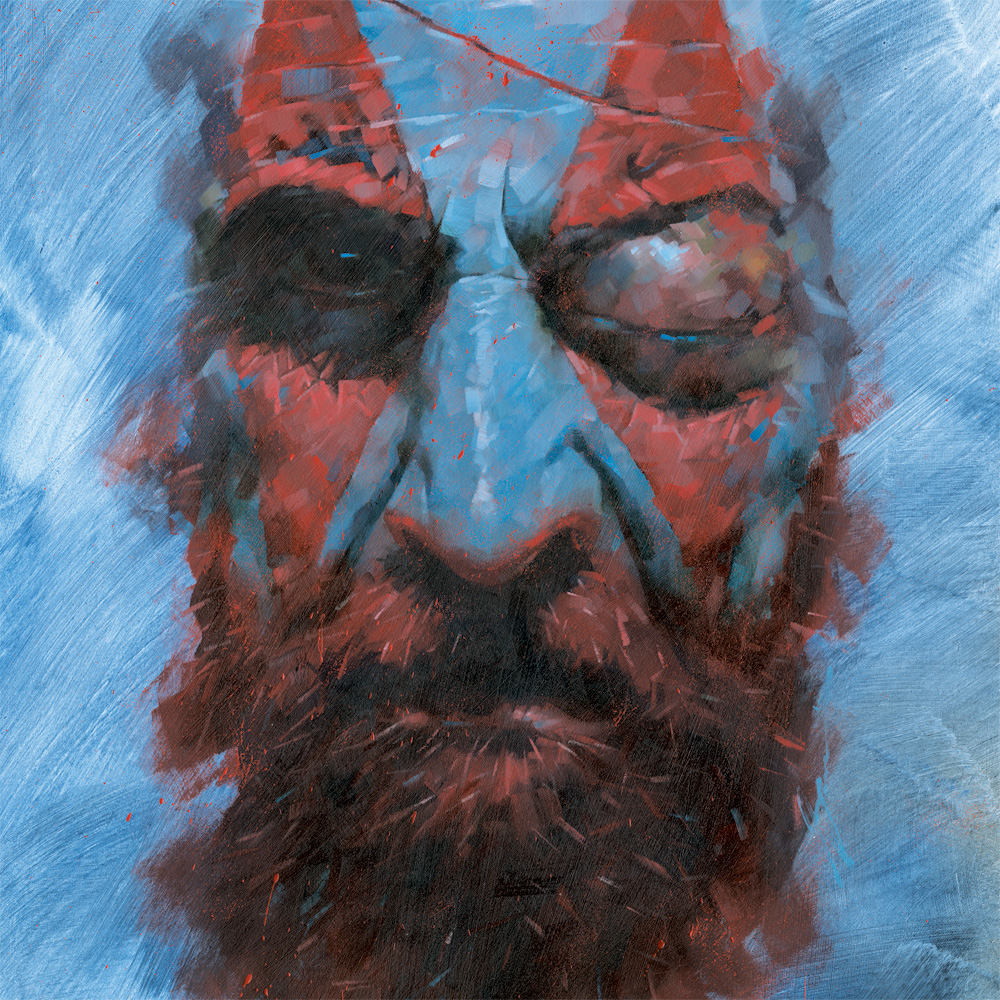 The new Sláine story – Brutania Chronicles Book 3: Psychopomp – begins in 2000 AD Prog 1979 on Wednesday 4th May and we’re delighted to give 2000 AD fans a sneak peek of Simon Davis’ gorgeous artwork on this new series!

Written by Pat Mills, this series picks up directly where we left off at the end of the previous book, the woad warrior is going head to head with the powerful Primordial, whom Sláine has learnt is his old friend Gort, who submitted himself to the evil Drune Lords for experimentation. The bloodletting is only just beginning as the barbarian battles not just childhood pals but secrets about his own past.

Those of you that missed the previous two series, A Simple Killing and Primordial, can pick up the beautiful collections from the 2000 AD online shop in both print and digital!