Celebrate 35 years of D.R. & Quinch with 50% off collections of Moore's work 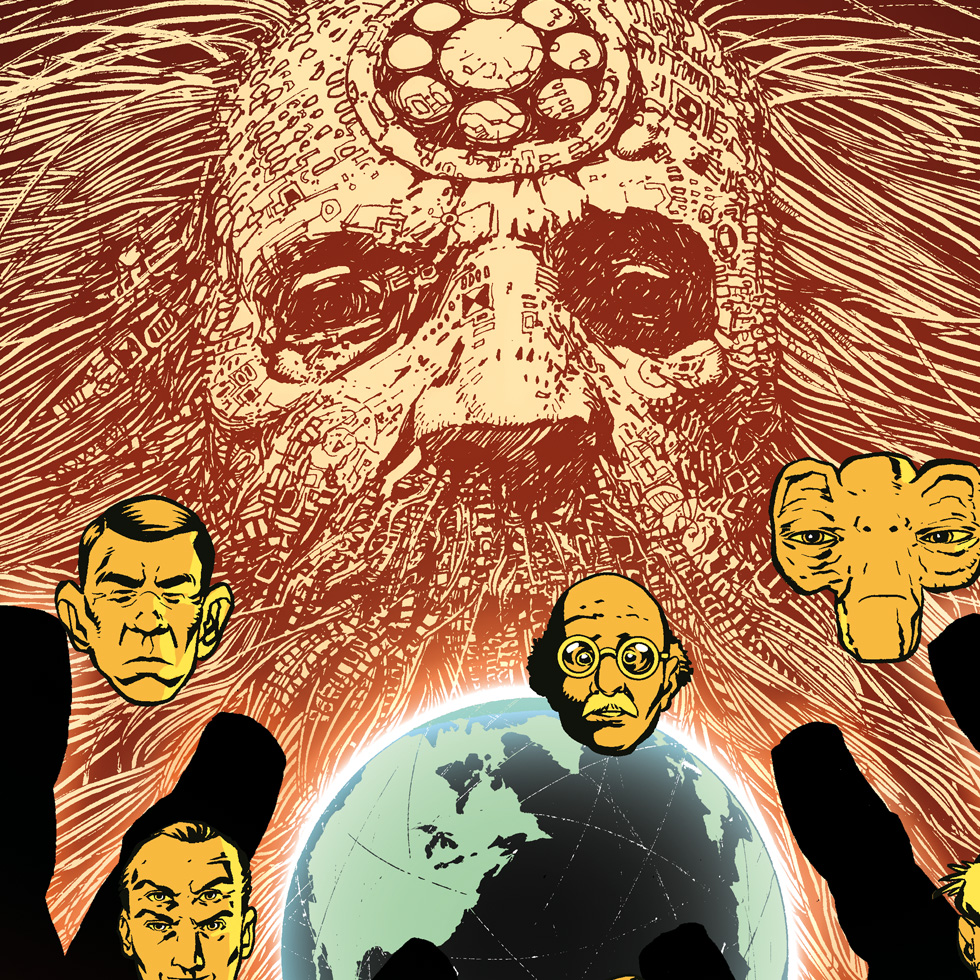 It’s been 35 years since the anarchic aliens D.R. & Quinch first burst onto the pages of 2000 AD – and to celebrate we’re giving Earthlets 50% off Alan Moore collections in the 2000 AD webshop!

Though they’ll never grow up, to mark their 35th birthday the collection of their torrid tales AND two other collections of Moore’s work are now half price in the 2000 AD webshop!

Collected in its entirety for the first time, the complete Skizz features the original series as well as Jim Baikie’s full-colour continuation of Alan Moore’s extra-terrestrial masterpiece. When interpreter Zhcchz of the Tau-Ceti Imperium crashes his ship into a small blue ‘Hellworld’-class planet he is stranded in the polluted, hostile British city of Birmingham where he is befriended by a plucky young local girl. But from bad food to Prime Minister Thatcher’s government alien-hunters, danger is ever-present; this E.T. may soon be R.I.P.!

Moore’s View in the 2000 AD Shop >> are darkly funny and deliriously twisted tales of sci-fi terror, where nothing is what it seems – this thrill packed-collection features the art of many legendary names in the comics industry including Ian Gibson (The Ballad of Halo Jones), Bryan Talbot (Luther Arkwright) and Dave Gibbons (Watchmen). Also included are over a hundred pages of bonus material featuring dozens of complete stories scripted by Moore for 2000 AD.

And don’t forget – if you have the 2000 AD app for Apple, Android or Windows 10 devices you can easily get discounted digital products – just register for the 2000 AD webshop using the same log-in details, make your discounted purchases in the shop, and then download them on the app!