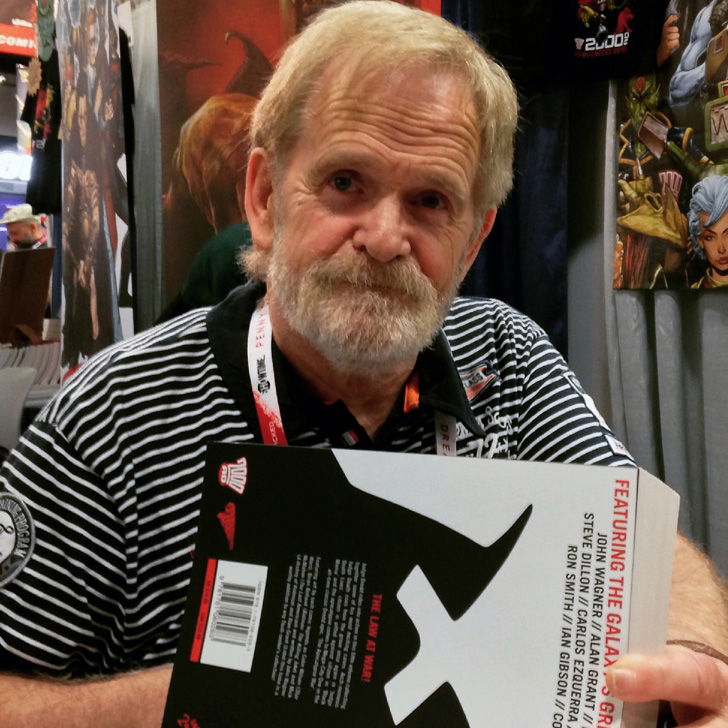 The Judge Dredd Megazine is to pay tribute to the late, great Carlos Ezquerra with a special reprint edition featuring just some of his key works.

Ezquerra, who co-created Judge Dredd and Strontium Dog, died unexpectedly on 1st October after a battle with lung cancer.

As part of Rebellion’s plans to honour Ezquerra and his legacy, Megazine #402 will include an extended obituary and will come bagged with a special reprint edition featuring seven stories spanning his 41-year career with 2000 AD.

This will include Bank Raid, the ‘first’ Judge Dredd story that was not published until years later. Ezquerra famously walked away from his creation for several years after learning the first Dredd story in 2000 AD Prog 2 was not one drawn by him.

Matt Smith, editor of 2000 AD and the Judge Dredd Megazine, said: “Carlos’ death was a profound shock, not just to everyone at 2000 AD but also to his fans across the world. This small collection of his stories shows not just his evolution as an artist but also a sense of his incredibly consistent quality over more than four decades.”

Judge Dredd Megazine #402 will be available from all good comic book shops and newsagents – as well as 2000 AD‘s webshop and apps – on 21st November. It can be ordered from comic book stores via Diamond Distribution using code SEP181944.

The bagged edition will include: