Nemesis and Rogue Trooper – back in stock! 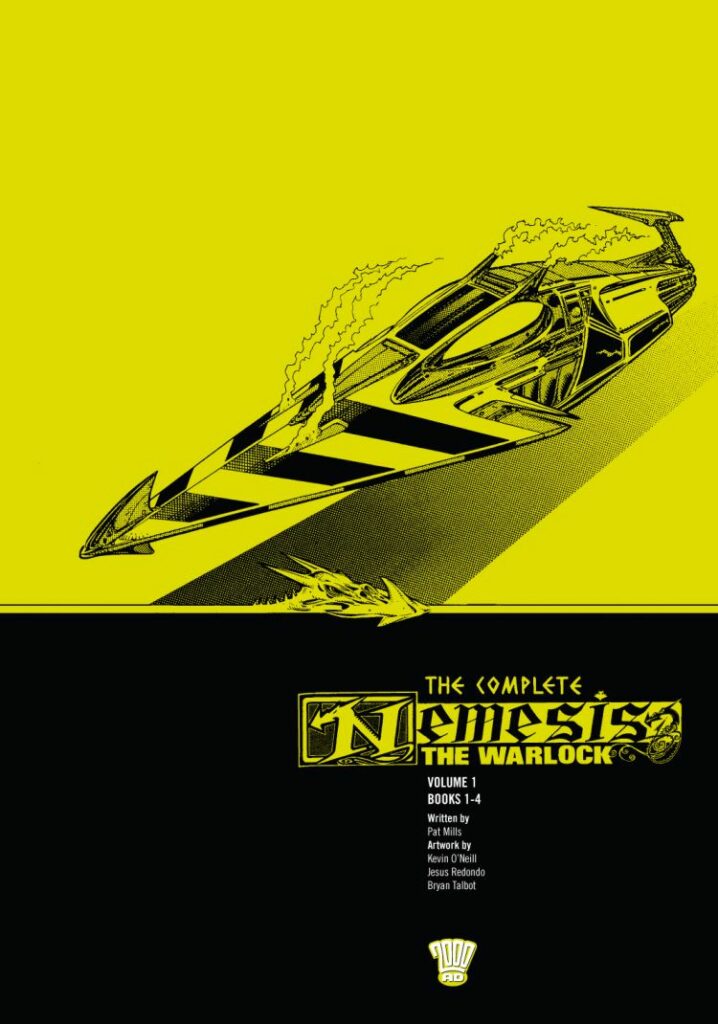 The first volumes of Nemesis the Warlock and Rogue Trooper are now back in stock at 2000AD.com!

Rogue Trooper is the last surviving ‘genetic infantryman’, created by Gerry Finley-Day (The V.C.s) and Dave Gibbons (Watchmen) in 1981. With the disembodied personalities of his three comrades – Helm, Gunnar, and Bagman – embedded in his equipment, Rogue roams the poisoned wastelands of Nu-Earth in pursuit of the general who betrayed the GIs. With artwork by industry legends such as Gibbons, Cam Kennedy (Batman), Brett Ewins (Skreemer), and Colin Wilson (Star Wars), the first collection in the Tales of Nu-Earth series features some of the greatest and most striking moments in 2000 AD history. A live-action movie based on Finley-Day and Gibbons’ character is currently being developed by Duncan Jones (Moon, Source Code)

Termight, a world at the heart of a cruel galactic empire. A world devastated by nuclear warfare. Deep below ground its inhabitants try to eke out a mere existence, continually threatened by the Terminators, lead by the diabolically evil Torquemada.

Torquemada, a twisted human despot intent on purging all alien life from the galaxy and punishing the deviants. His motto: Be pure! Be vigilant! Behave! There is a resistance though, and a new kind of hero. Meet Nemesis the Warlock, champion of the coming rebellion!

This vast and arcane tome contains the first four books of the Nemesis saga and features an introduction by Pat Mills and afterword by artist Kevin O’Neill.

Nu-Earth, a planet ravaged by war, its atmosphere poisoned by chemical weapons. In this battle-scarred landscape, the Norts and the Southers fight where only the Genetic Infantrymen can survive unaided. Rogue is one such soldier and these are his tales…

Created by Gerry Finley-Day and fan-favourite Dave Gibbons (Watchmen), this volume features the earliest stories surrounding one of 2000 AD’s best-loved characters and includes two tales from the legendary Alan Moore (The League of Extraordinary Gentlemen).