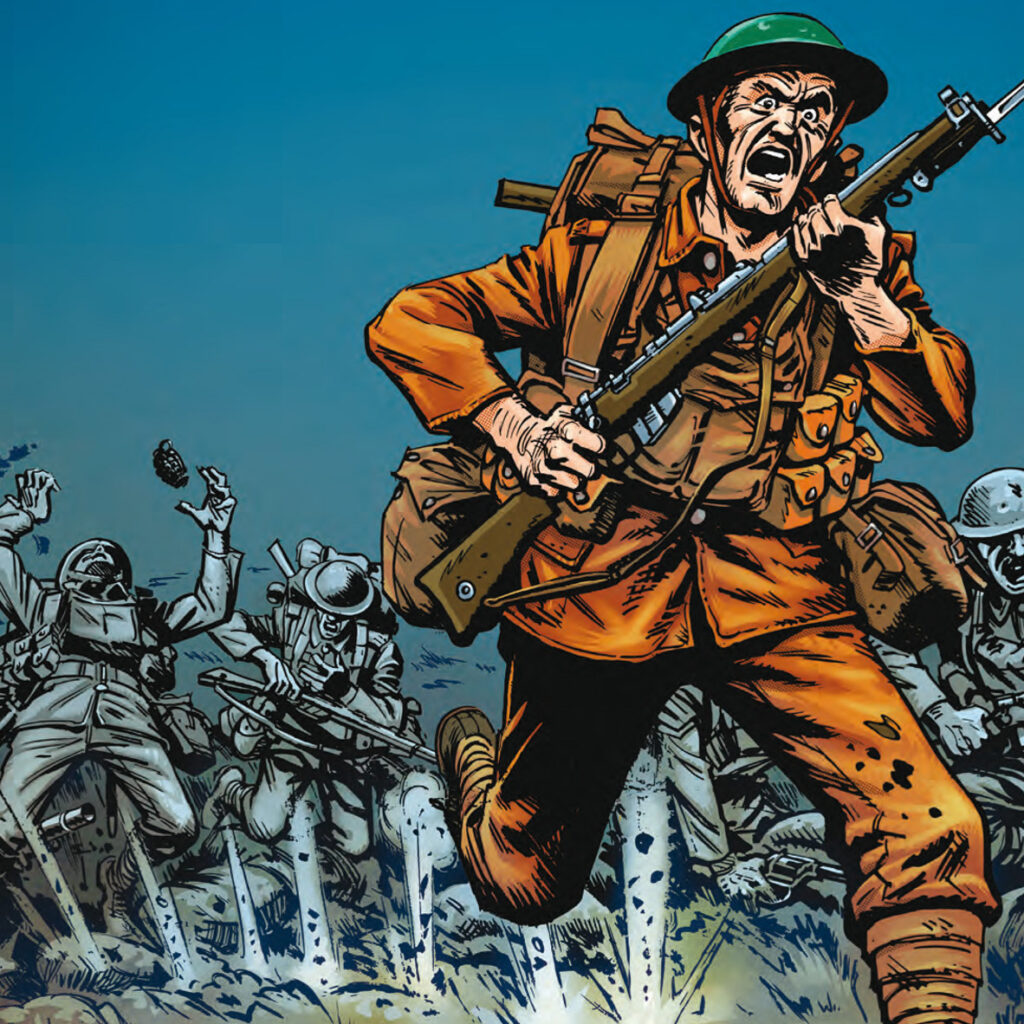 “This really is the definitive edition” – Pat Mills

Considered by many as the most important war story to appear in comics, Charley’s War is being published in a new three-volume definitive collection mark the centenary of the end of the First World War.

As well as a standard edition, you can now order special bookplate editions, as well as the three-volume bundle.

The idealistic sixteen-year-old experiences a hellish world of trench warfare where every day is a bitter fight for survival, and Charley and his friends soon realise they have been thrust into a conflict where ordinary people are expected to throw away their lives to serve the selfish interests of those in power.

Written by British comics legend Pat Mills, this first volume of Charley’s War: The Definitive Collection features new lettering and restored colour pages, as well as painstaking reprographics work to sharpen the breathtaking artwork of the late, great Joe Colquhoun, returning this groundbreaking comic to its true glory for the very first time.

A must for every bookshelf and school library, the first of three omnibus volumes from The Treasury of British Comics will be released in April 2018, with the next volumes due for release in May and June.

Available now to pre-order from: the ToBC webshop, Amazon UK, and comic book stores via Diamond Distribution (use code FEB181726)

Available in digital from 18th April on: the ToBC webshop and apps for Apple, Android and Windows 10