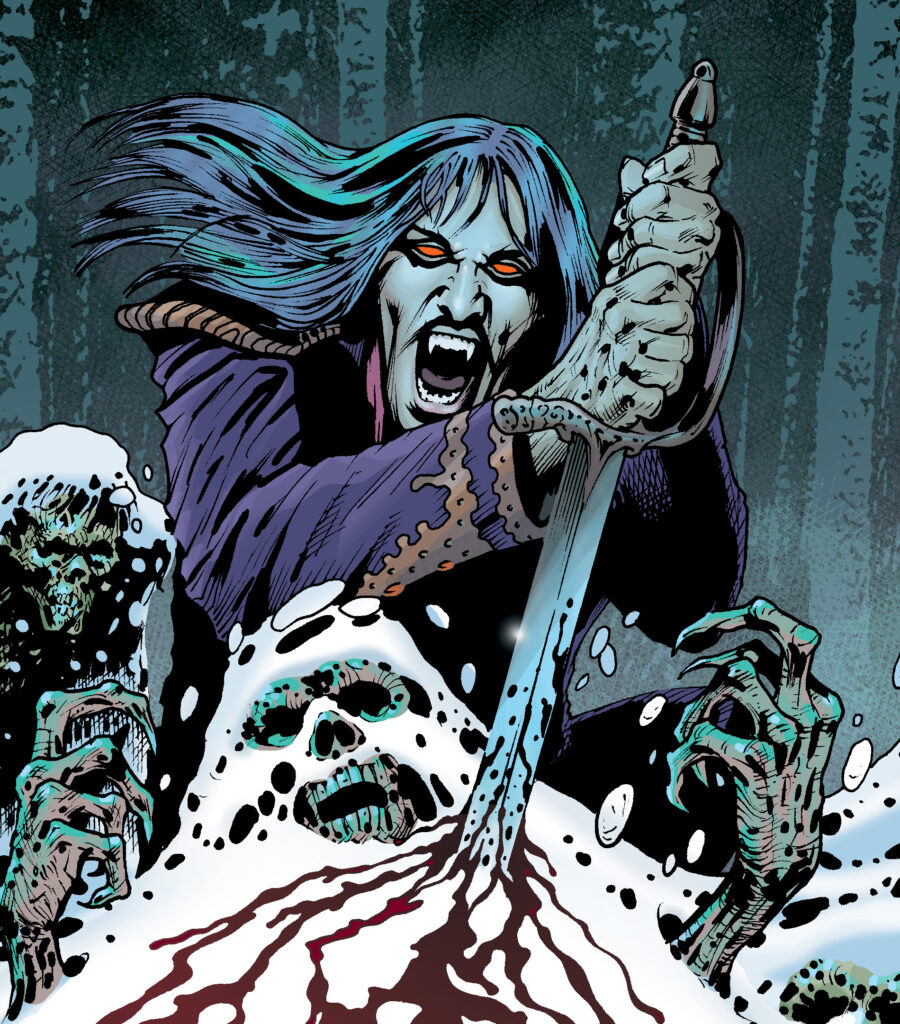 The circuit-shattering one-two punch of Judge Dredd Megazine 400 and Prog 2100 may have been one of the most reality rupturing events in the annals of Thrill-power, and we wouldn’t be at all surprised if your diodes were still tingling over a week later. But time waits for no Betelgeusian, and if your Thrill-buffers are fully charged, humes, then get ready to do it all over again as we plunge into Prog 2101 without further ado.

Immerse yourselves in the zarjaz glory of the second episodes of Judge Dredd, Brink, Fiends of the Eastern Front, Skip Tracer and Kingdom, and let the scrotnig cosmic energy flow through you!

2000 AD Prog 2101 is out now from all good newsagents and comic book stores, plus digitally from our webshop and apps! Don’t forget that if you buy an issue of 2000 AD in the first week of its release then postage in the UK is free!

Mega-City One, 2140 AD. Home to over 100 million citizens, this urban hell is situated along the east coast of post-apocalyptic North America. Crime is rampant, and only the Judges — empowered to dispense instant justice — can stop total anarchy. Toughest of them all is JUDGE DREDD — he is the Law! Now, Dredd and a small team of colleagues have been tracking covert operatives, under the command of the mysterious Smiley…

The late 21st century, and through environmental catastrophe and industrial overload Earth has been reduced to a wasteland. Mankind finally evacuated the planet in 2072 and millions were housed in a number of deep-space Habitats. Bridget Kurtis, investigator with the Habitat Security Division, was involved in a sect-crime case that saw her partner murdered. Now, she’s gone undercover on Yuliya Habitat…

In 1980, the diary of German soldier Hans Schmitt was discovered in Berlin, detailing events that occurred in 1941, when he and his comrades encountered the terrifying Captain Constanta and his Romanian platoon, who feasted on the blood of their Russian enemies. But Schmitt was not the first trooper to encounter Constanta on the battlefield, as General Armand D’Hubert of Napoleon’s Grand Armée recounts…

The Cube, the 27th century. This vast city floating in the depths of space was once a monitoring station, but has been refitted by the Earth-led Consociation as a solution to a universal housing problem. It’s now home to every kind of undesirable and wanted criminal. That’s where SKIP TRACER Nolan Blake comes in, a former soldier turned tracker-for-hire, whose military past is coming back to haunt him…

Earth, the far future. Mankind has been all but destroyed, those still surviving forced into hiding by Them — insectile creatures that have taken over the world. Charged with protecting humanity are genetically engineered dog-soldiers like Gene the Hackman — savage warriors that patrol the wilderness. Now, Gene, Pause and Leezee Sower have escaped the Masters’ orbital, but have encountered mysterious riders…