The first complete collection of the iconic adventures of Blake Edmonds from 'Speed' are now available in paperback! 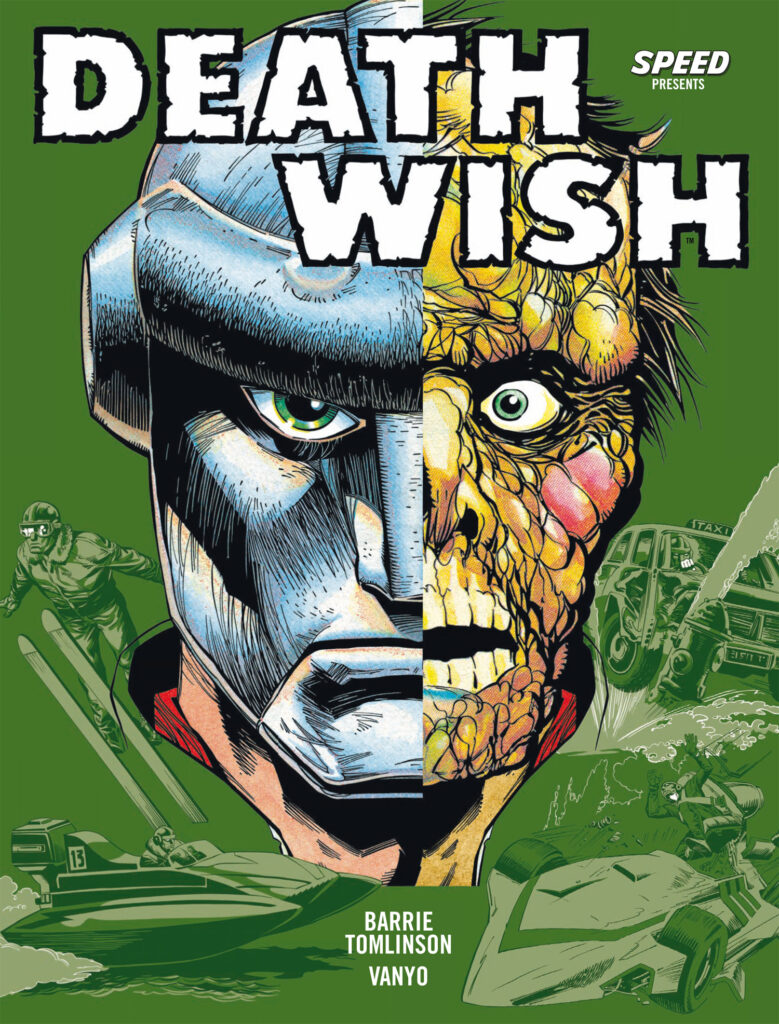 He’s the greatest daredevil of them all because he doesn’t care if he lives or dies – he has a Death Wish!

It’s Evel Knievel meets the Phantom of the Opera in this original Fast and the Furious from the heyday of British comics, now presented in a mass market paperback and a limited edition with webshop-exclusive art print.

Written by Barrie Tomlinson and with art by Vanyo, this classic strip from Speed has been re-mastered here in its entirety.

Blake Edmonds had it all – fame, money, looks… and then the world-famous F1 driver suffered a terrible accident which left him hideously disfigured.

Fashioning a mask to hide his terrible visage, Edmonds has taken on a new career as a stuntman, flirting with death on a regular basis. Mashing together the 70’s F1 popularity wave with a macabre, uncanny horror and visceral action, Death Wish was a hit across the nation.