Bandage-wrapped terror and mayhem from the Treasury of British Comics archive! 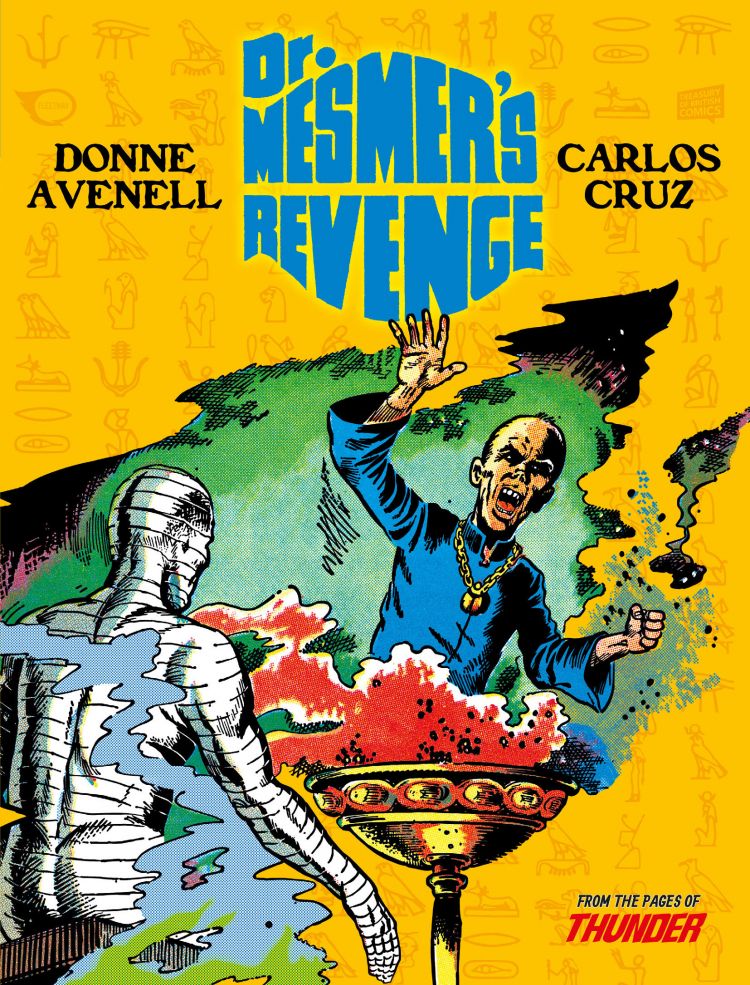 An ancient evil arises – and Dr. Mesmer’s Revenge is out now!

After several artefacts are stolen from his home, the mysterious Egyptologist Dr. Mesmer resurrects a five-thousand-year-old mummy called Angor – a Pharaoh possessed with great mystical power. Together they set out to retrieve the missing items, bringing terror and destruction in their wake!

Can anybody stop them? Both the army and constabulary will need to work together in order to stop Dr. Mesmer and his unearthly ally!