OUT NOW: Fran of the Floods 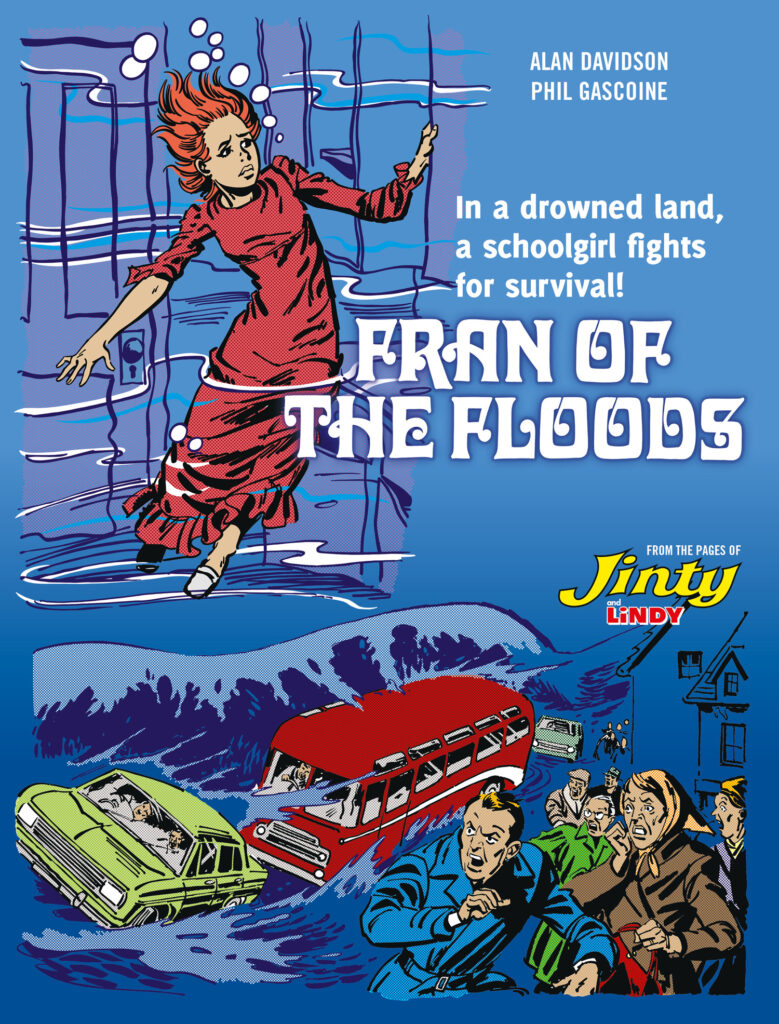 Written by Alan Davidson with art by Phil Gascoine, Fran of the Floods is set in a world where runaway climate change has resulted in the melting of the polar ice caps, causing an onslaught of never ending rain.

As Fran Scott’s town begins to disappear underwater and, after losing her parents in the chaos, she decides to seek out her sister June in Scotland. But as society begins to crumble around her, Fran must overcome a vast array of dangers, including disease, wild animals, marauding gangs of vicious thugs and most bizarre of all, the self-proclaimed King of Glasgow!

Jinty was a weekly comic for girls, but with a difference, published by Fleetway from 1974 to 1981. While other girls’ comics focused on romance and soap opera, Jinty concentrating on science fiction and fantastical stories. Many of the stories addressed concerns of the time, with the growing environmentalism of the 1970s manifesting itself in stories such as Fran, Jassy’s Wand of Power, The Green People, and The Birds.

Buy now from the Treasury of British Comics webshop >>