Everything's kicking off in the second volume of the sci-fi series by Dan Abnett and Mark Harrison! 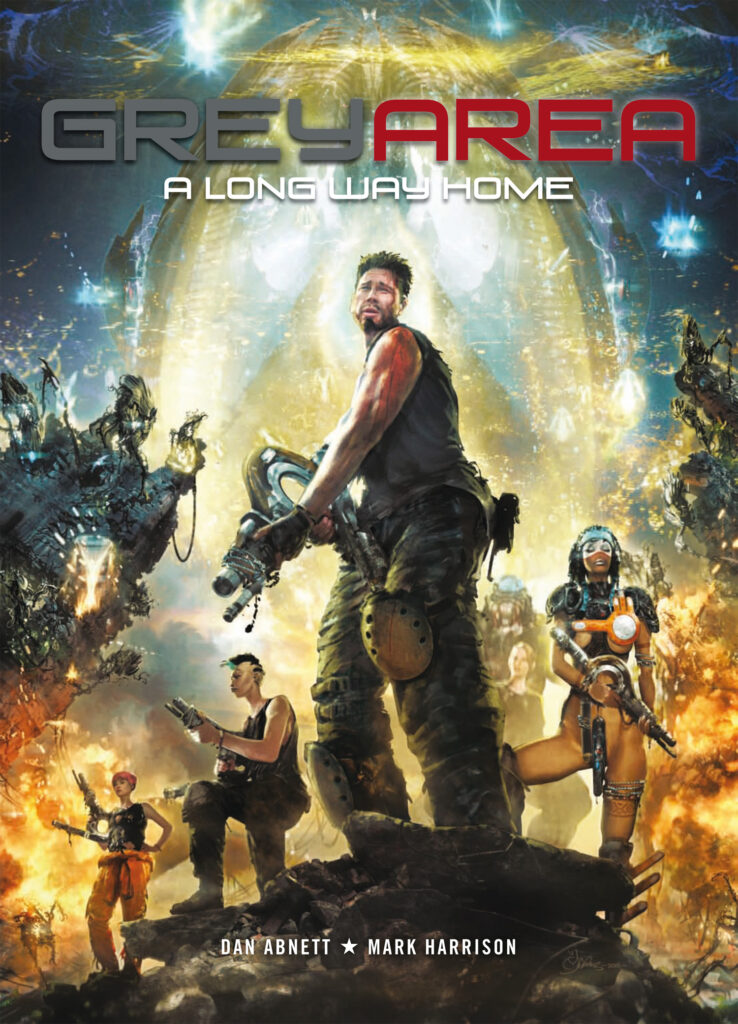 “a depth that sets it apart as one of the great bits of 2000 AD of the last decade” – comicon.com

The next collection in the criticially-lauded sci-fi series by Dan Abnett and Mark Harrison – GREY AREA: A LONG WAY HOME – is out now!

North America, 2045. The Global Exo Segregation Zone (aka the ‘Grey Area’) is a huge holding area in Arizona housing aliens hoping to visit earth: a melting pot for disputes, crime and inter-species misunderstandings!

The only thing standing in the way of chaos is the Exo Transfer Control squads: heavily-armed immigration cops that keep the peace and make sure everyone has their papers in order… E.T.C. Captain Adam Bulliet has a lot on his plate; The Arakshu want revenge on humanity for their dead ambassador, increasing numbers of aliens are having rapturous visions, and his fraternisation with Officer Birdy isn’t nearly as discrete as he thought. Not to mention a dizzyingly colossal god star is descending on Earth, and Bulliet’s team are the ones suiting up to meet ‘n’ greet the second coming. But they might end up going further than they expect…