The paperback edition of the critically-acclaimed Judge Dredd storyline from Rob Williams and Henry Flint is out now! 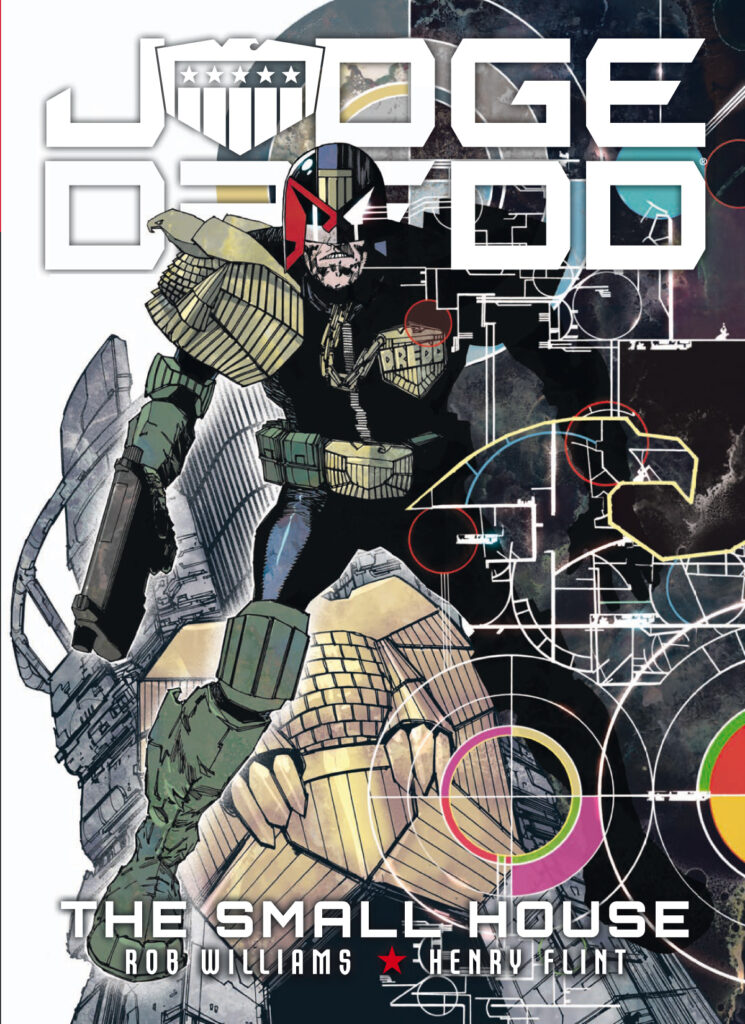 “One of the best runs ever. This is special.” – Mark Millar

“The character, and the strip,  at its very best” – Hollywood Reporter

“One of the pivotal moments of Judge Dredd history” – Multiversity Comics

The paperback collection of Judge Dredd: The Small House, the critically-acclaimed and fan-lauded story by Rob Williams (Suicide Squad) and Henry Flint (Fear Itself) with colurs by Chris Blythe & Gary Caldwell and letters by Annie Parkhouse, is out now!

Everything is at stake and no-one is safe in the critically-acclaimed storyline from Rob Williams and Henry Flint, Judge Dredd and his team of hand-picked allies finally takes on the nefarious Judge Smiley, Mega-City One s behind-the-scenes manipulator but who will be left standing at the end? And with tensions with Chief Judge Hershey at breaking point, has Dredd finally met his match?

Rightfully lauded as a modern classic, The Small House brings together the creative team behind Judge Dredd: Titan for a showdown for the ages!