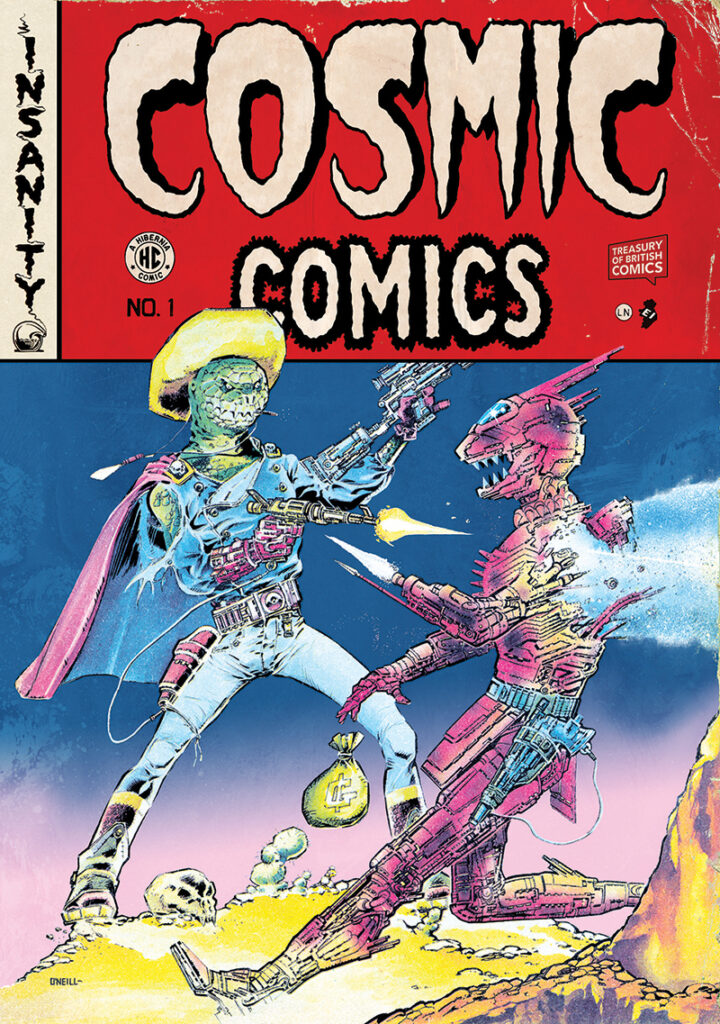 Hibernia is proud to announce that it has teamed up with the Treasury of British Comics to publish COSMIC COMICS!

COSMIC COMICS is a collection of legendary comic creator Kevin O’Neill’s formative work on  titles such as 2000 AD, Lion, Tornado, and Starlord.

It brings together a diverse selection of his work, from humour strips like Captain Klep and Dash Decent, to early Future Shocks and his amazing painted covers for the 2000 AD Sci Fi Special and Starlord – and much more!

This collection showcases the early development of his artwork as he progressed from art editor of 2000 AD to co-creator of Nemesis the Warlock, Metalzoic and The League of Extraordinary Gentlemen.

“After years of telling everyone how fantastic British comics are it was great to see the Fleetway archive find a new home at The Treasury of British Comics,” said David McDonald from Hibernia. “They are doing incredible work bringing back classic characters, not only in reprint but with new material too, and we are delighted and very excited to have the chance to bring some of that archive back to print in association with the Treasury brand.

“The Treasury of British Comics allowed us to delve into their archives, and we have brought what Hibernia is known for – quality reproduction, excellent restoration and great comics! Richard Pearce, Hibernia’s designer, has really hit this one out of the park, bringing poorly-printed newsprint back to life in a superbly-designed package.”