The hardback collection of short stories set in the world of Scarlet Traces is out now! 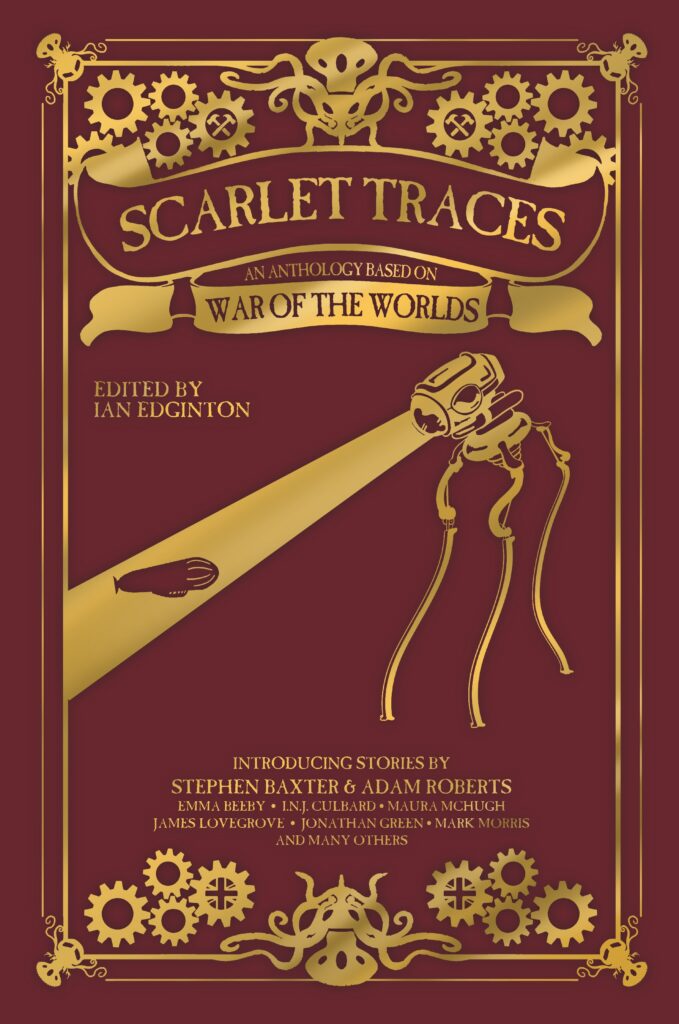 Perfect for fans of the Scarlet Traces comic series, from Ian Edgington and D’Israeli, the Scarlet Traces Anthology is a collection of short stories set after the events of HG Wells War of the Worlds, and it’s out right now! Read the blurb below and order your copy now!

It is the dawn of the twentieth century.

Following the Martians’ failed invasion of Earth, the British Empire has seized their technology and unlocked its secrets for themselves. It is a Golden Age of discovery, adventure, culture, invention—and of domination, and rebellion.

Buy now on Amazon.co.uk >>
Buy the eBook from the Rebellion Publishing eBook store >>