The revival of two of the '70s and '80s' most popular girls' comics is out now with a packed 52-page special! 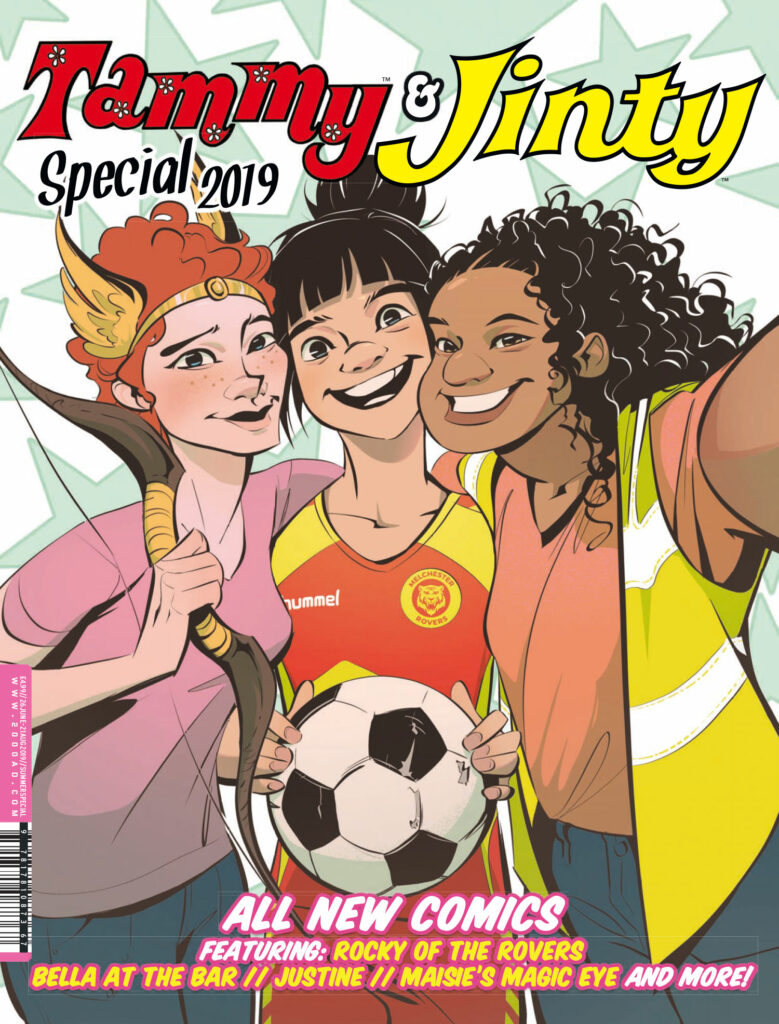 Two of Britain’s best-loved girls’ comics are BACK and they’re BETTER THAN EVER!

Tammy and Jinty return with the Tammy & Jinty Special 2019 – out now from all good newsagents and comic book stores, as well as the Treasury of British Comics webshop and the 2000 AD app!

Buy now from the Treasury of British Comics webshop >>

These ground-breaking female-led comics covered everything from science fiction and fantasy to romance and domestic drama, and this brand new 52-page special, retooled for the 21st Century, features a host of the finest modern creators pay tribute to this legacy of trail-blazing comics while introducing a new audience to the medium!