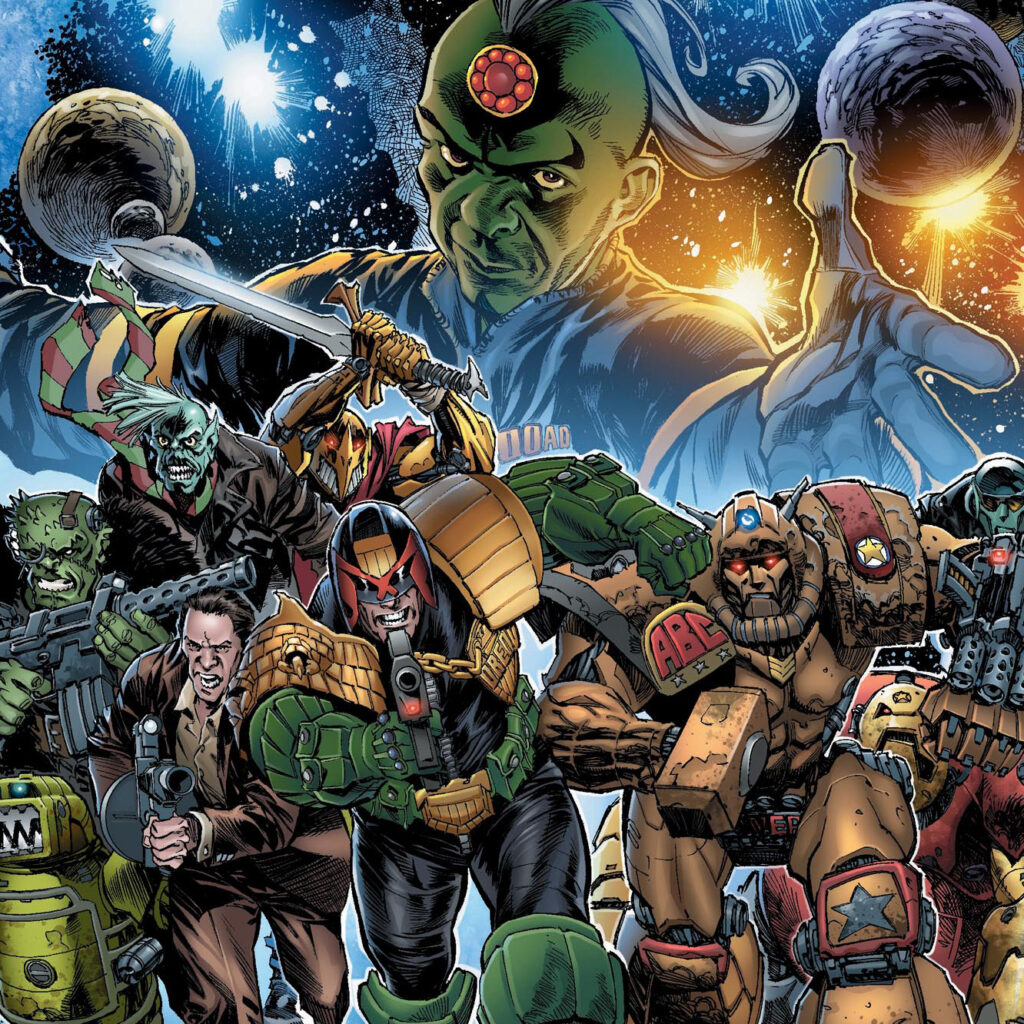 The Galaxy’s Greatest Comic rounds out its fortieth anniversary year with the traditional bumper Xmas special, a 100-page beast of a Prog featuring a stunning line-up of creators and characters!

Make sure you pick up a copy or check below for details of a special edition with print available only from 2000 AD‘s webshop!

Check out the line-up for this festive behemoth:

And to mark the impending 40th anniversary of 2000 AD‘s former stablemate Starlord, you can pre-order Prog 2061 with a special ‘Starlord Trooper Skateboard Strike Force’ print by fan favourite artist Henry Flint – available ONLY from 2000 AD‘s webshop!