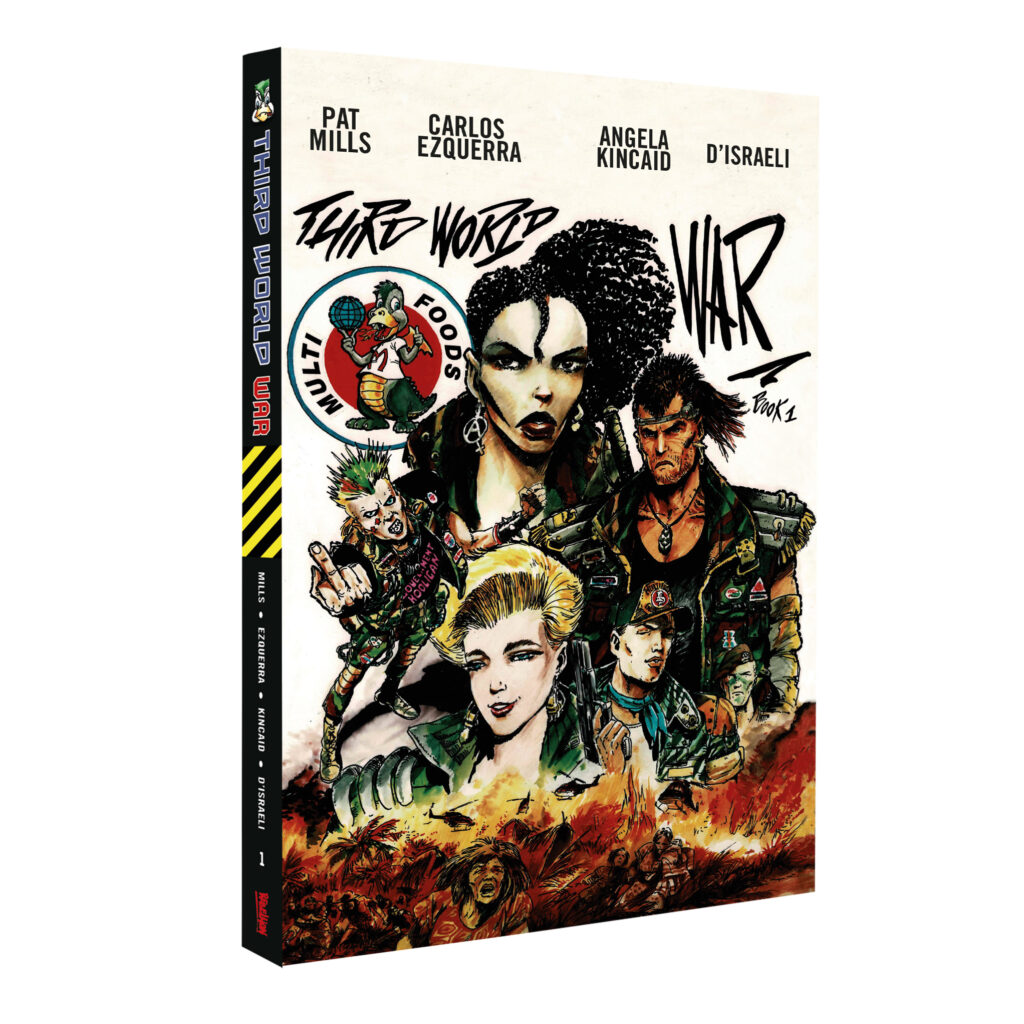 Exploding from the pages of Crisis, the paperback and hardcover editions of Third World War by Pat Mills and Carlos Ezquerra are available to pre-order now!

Using brand new scans of the original artwork supplied by the family of the late Carlos Ezquerra, this ground-breaking, highly-political comic book classic of global capitalism, rebellion, and exploitation is collected in its entirety for the very first time!

Rebellion is pleased to announce that a limited hardcover edition – only available from the 2000 AD and Treasury of British Comics webshops – is also now available to pre-order, alongside the paperback editions of this definitive collection.

Third World War is suffused with economic, political, and social issues, and deals with ever-moreprescient issues around capitalism and global politics. Ezquerra’s painted colour artwork is a highlight of his long and distinguished career. A truly anti-establishment graphic novel from the late 1980s, this is unlike anything else published by the Treasury of British Comics so far!