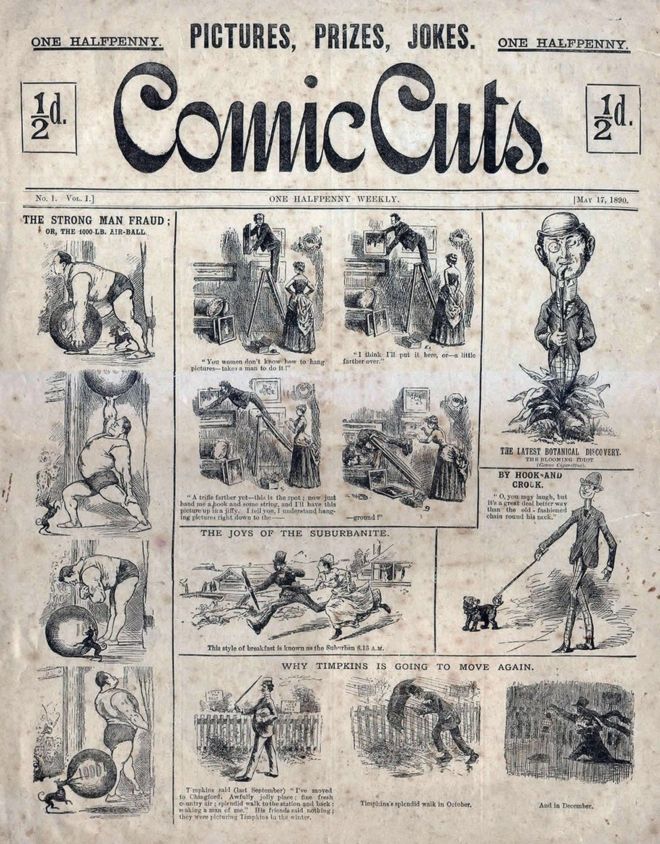 The leading contemporary UK comics and graphic novel publisher has secured the complete comics and story paper rights to the archive of TI Media, published when the company was known as IPC. The deal encompasses more than 130 years of comic book publishing, with over 400 separate weekly and monthly titles and thousands of characters.

From Billy Bunter to June, from Tiger to Sexton Blake, from Valiant to Look-In, this vast addition to its existing archive establishes Rebellion, which already publishes the legendary British comics 2000 AD and Roy of the Rovers, as the custodian of both the vast majority of British comic book history and a priceless cultural treasure.

Jason Kingsley CEO of Rebellion says, “Rebellion’s reputation is not just as an innovative and forward thinking comic book publisher, but as the first company to respect and do justice to the extraordinary legacy of multiple generations of artists and writers who developed the comic book medium in this country. It gives me great pleasure to secure the future for this extraordinary archive and I am incredibly excited to able to bring back into print so many lost treasures.”

The archive encompasses virtually the entire comics publishing history of IPC, which – alongside DC Thompson – was one of the behemoths of 20th Century British periodical publishing, having grown out of the Victorian-era Amalgamated Press.

Publishing hundreds of different titles, IPC dominated the newsstands for decades but sold off its juvenile magazines division to tycoon Robert Maxwell in 1987. The new company, Fleetway, was sold to Danish children’s magazine and book publisher Egmont in 1992 but a marked decline in the industry led to virtually all the titles folding, apart from the weekly comic 2000 AD and the monthly Judge Dredd Megazine. These were acquired by Rebellion in the year 2000, which then acquired the rest of the Fleetway archive in 2016, and have now been reunited with the huge number titles IPC Magazines retained in 1987 (with the exception of the 1980s Eagle).

This new acquisition affirms Rebellion’s place as the guardian of British comics as its Treasury of British Comics line, launched in 2017, begins to preserve and restore these lost treasures. Meanwhile, the company looks to the 21stCentury as it relaunches cultural icon Roy of the Rovers and continues to expand its comic book publishing arm.

Rebellion is the leading producer of games, comic books, books, film and TV. Founded in 1992, Rebellion has become one of Europe’s leading independent game developers and publishers, with bestselling franchises such as Sniper Elite 4 and Zombie Army Trilogy, and the Oxford-based company is a major publisher of books and comic books, as well as the custodian of the world’s biggest catalogue of English language comic book properties. Rebellion is also an independent producer of films and TV shows, based on its vast archive of new and classic characters.