Rebellion unveils creative team behind Roy Of The Rovers comics and fiction reboot!

Phenomenal UK talent from the worlds of comics and children’s fiction sign on for the return of a football icon. 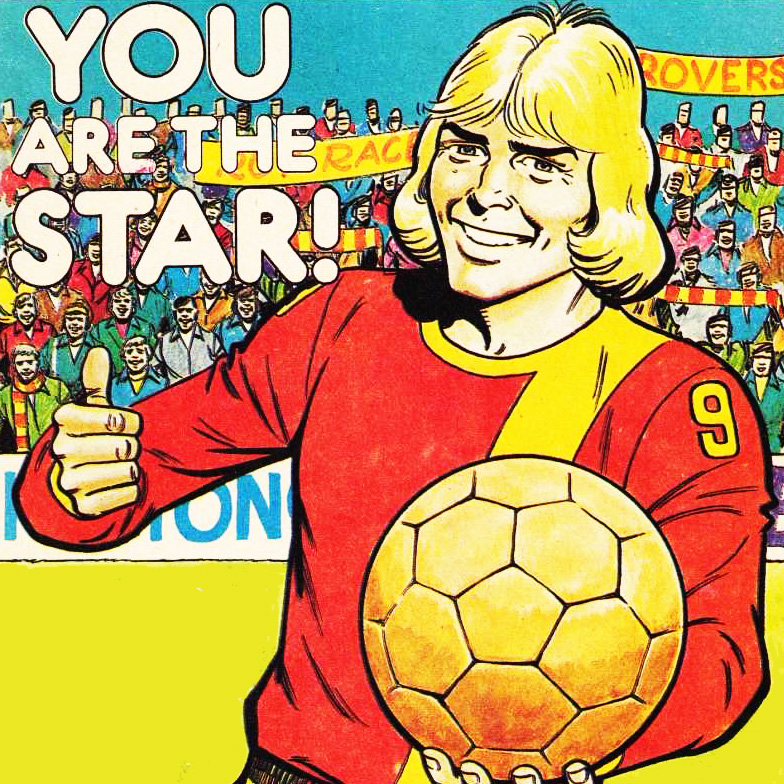 Rebellion Publishing is proud to reveal its latest set of signings: the creative team for the highly anticipated 2018 reboot of Roy of the Rovers!

Internationally acclaimed comics writer Rob Williams (Amazing Spider-Man, Adventures of Superman) and artist Ben Willsher (2000 AD, Doctor Who Magazine) are the team behind the brand new Roy of the Rovers graphic novels, beginning with Roy of the Rovers: Kick-Off, to be released 6 September 2018.

Rebellion CEO Jason Kingsley OBE commented: “Roy of the Rovers is an enormously exciting project for us, and we’ve been working hard to ensure that we respect the legacy of this iconic British character. We’ve assembled an incredibly strong team to bring Roy Race back for the 21st century, and I look forward to following Roy’s journey through the always exciting world of modern football.”

Rebellion Head of Publishing Ben Smith commented: “We’re delighted to have such a high calibre of creative talent on board for our reboot of Roy of the Rovers. Rob, Ben and Tom’s stories are bursting with all the excitement, drama and football fervour of the classic Roy of the Rovers comics, while giving us a thoroughly modern take on the character. We can’t wait for a new generation of fans to read them.”

Rob Williams commented: “I read and loved Roy of the Rovers as a boy – I even had the old Gola Melchester Rovers kit – and I have very fond memories of the Roy annuals arriving on Christmas Day with wonderful David Sque art on their covers. Roy’s a British football icon. Even now, a ‘rocket’-like goal is a Roy of the Rovers moment. So I’m delighted to be part of the passionate team bringing Roy’s adventures to a new era of football fan.”

Tom Palmer commented: “Millions of girls and boys dream about being their favourite football player and being scouted and playing for their favourite team. I had that dream. Sadly it didn’t come true for me. But, being scouted and succeeding in my trial to write Roy of the Rovers fiction is a dream that has come true. There is no other fictional footballer I would rather be and write. And I intend to write these books with the same passion and commitment Roy shows when he pulls on the red and yellow of Melchester Rovers.”

Ben Willsher commented: “Roy of the Rovers was a big part of my childhood. The annuals stacked up in my bookshelf, and the comics burst out of my cupboards. Growing up I dreamed of helping Roy score goals and lead Melchester to the top…. I finally get to do that- result!”