SPOILERS: who is the new Chief Judge?

Check out our primer and reading guide for the new Chief Judge of Mega-City One! 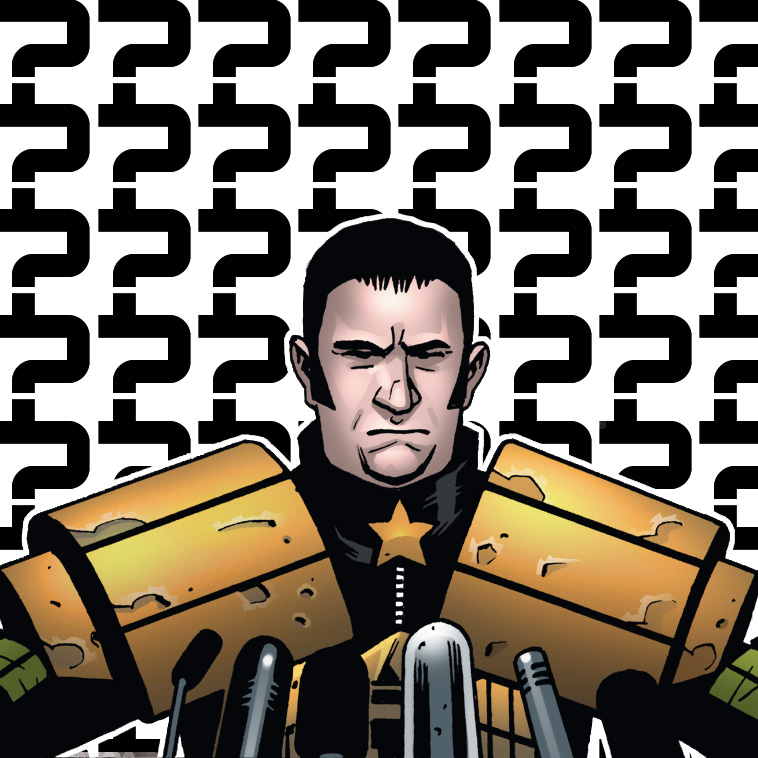 Hail to the chief! Mega-City One has a new bod occupying the top job – but who’s the Judge now in charge of everyone’s favourite futuristic megalopolis?

Following the explosive events of Rob Williams and Henry Flint’s The Small House, who died in 2016, luckless Logan has been a supporting character in Judge Dredd since his first appearance in 2003 in the story The Satanist, available in the Brothers of Blood collection.

In the Origins epic he was severely wounded in action, requiring major surgery to replace his lung, arm and spleen. In Tour of Duty he was promoted to senior judge and then personally discovered the evidence which resulted in the conviction and removal from office of corrupt Chief Judge Sinfield.

During the tragic events of Day of Chaos, he again lost his arm in an encounter with the Dark Judge Mortis and was hospitalised and traumatised. then, at the beginning of Dark Justice, Judge Anderson discovered that the Sisters of Death were using him as a bridge to re-enter Mega City One, just as they used Judge Agee in the story Necropolis.

Since then he has become the sector house chief in Sector 6, turning it into the best-performing sector in the city, as the Judges continue to repair the damage caused by Chaos Day.

Now, after Chief Judge Hershey’s abdication, Logan has become Chief Judge with Dredd’s backing – but his appointment has come out of the blue and can he fill the vacant boots of his predecessor and steer the city back to recovery? And how long with Dredd’s support last?

Make sure you’re keeping up with the exciting changes in Judge Dredd’s world with Machine Law, now running in 2000 AD!

You can catch up on the rise of Judge Logan with these collections: