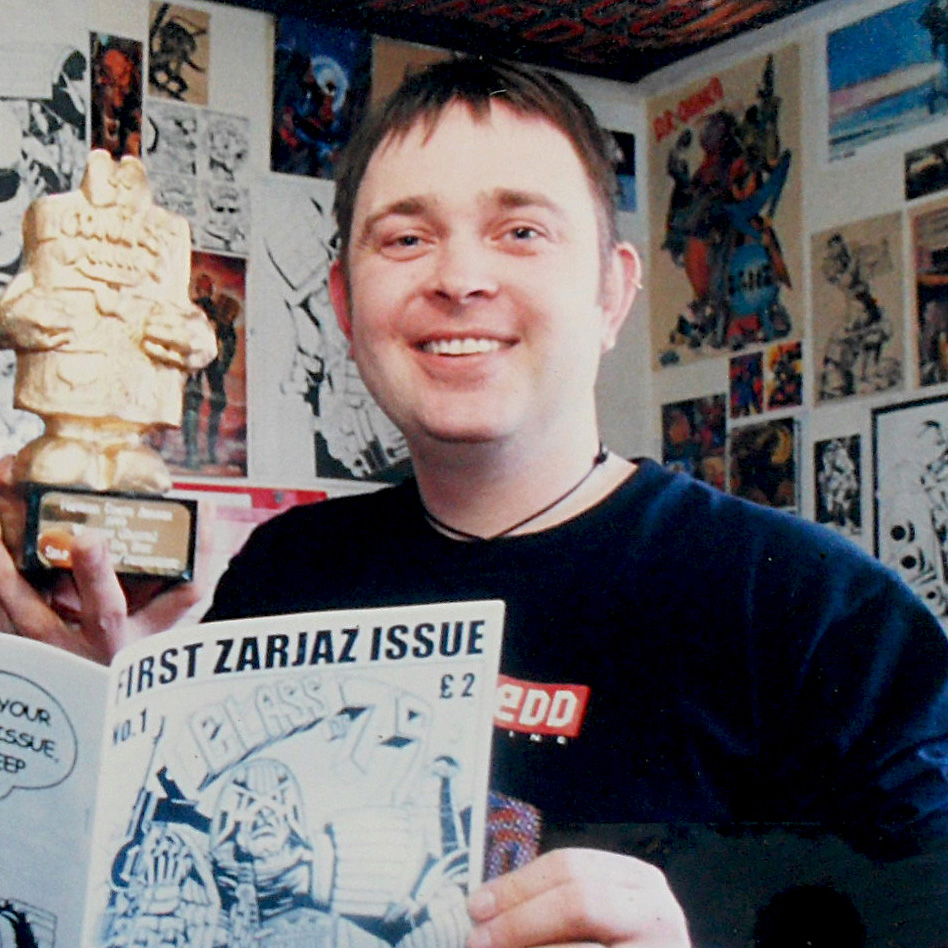 Everyone at 2000 AD is very sad to hear of the death last week of Stewart Perkins, known to many as ‘W.R. Logan’. Not only a 2000 AD fan extraordinaire, but also the founder of 2000 AD fanzine The Class of ‘79, source of advice and research to John Wagner, stalwart of both the 2000 AD newsgroup and forum, and – most importantly – much loved friend to fellow fan and creator alike.

He is pictured above with artist Jake Lynch in the late 1990s after The Class of ’79 won an award for ‘Best Self Published/Independent’.

As well as being immortalised as the unlucky Judge Logan by John Wagner in 2000 AD, Stewart’s passion for the comic and its stories meant he was always keen to lend a hand, whether it be helping to organise the 2000 AD archive or sharing his extensive collection with others – he was a Squaxx truly committed to the cause of Thrill-power.

The condolences of everyone at 2000 AD to his family and friends.