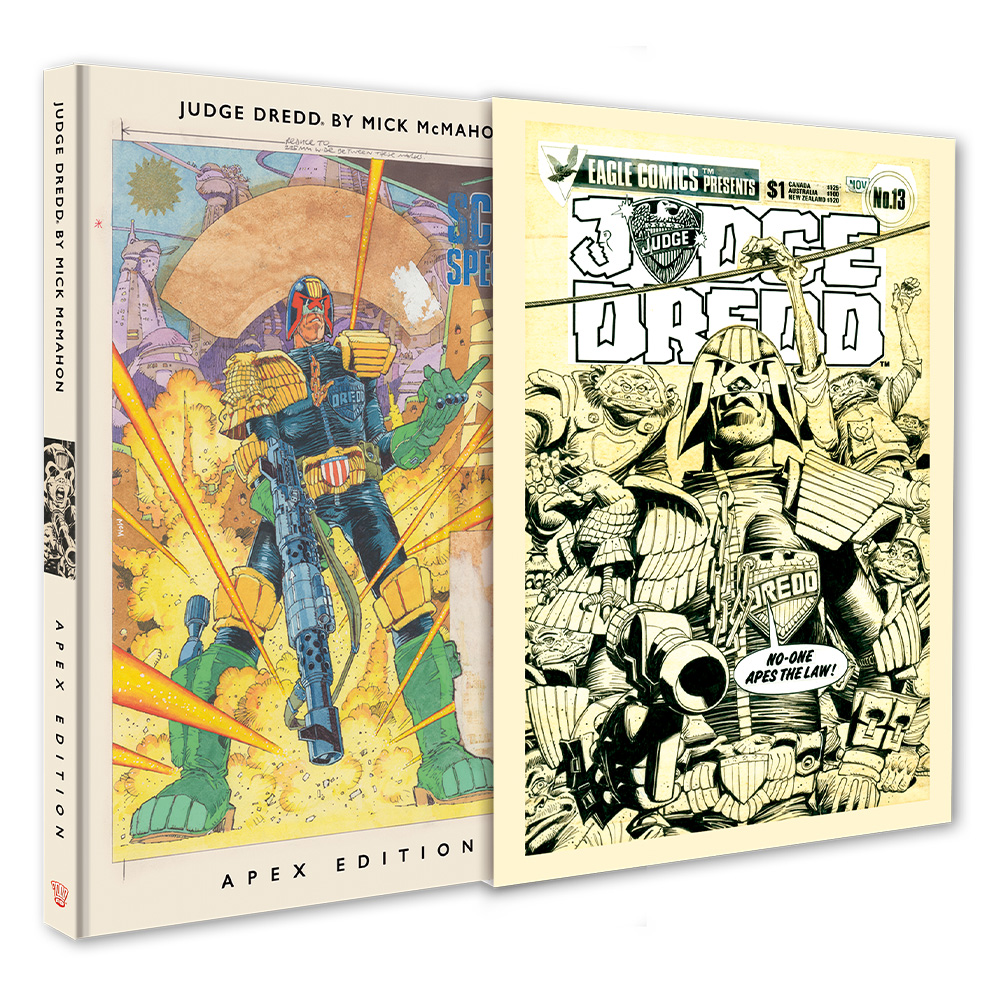 The Judge Dredd work of a master artist, presented at original size in a gorgeous hardcover – the Judge Dredd by Mick McMahon Apex Edition is available to pre-order now!

Due for release at the end of October 2022, this unmissable over-sized book features high-resolution scans of original Judge Dredd artwork by one of 2000 AD‘s biggest talents, presented in a deluxe, over-sized facsimile edition that reproduces McMahon’s stunning art at its actual size.

As well as a standard hardcover edition, fans can order a special slipcase edition exclusively through the 2000 AD webshop. It comes in an attractive slipcase and with an extra bound page – individually numbered and signed by McMahon – with brand new art created exclusively for this edition.

From the first published Judge Dredd story to his iconic work on serials such as ‘The Cursed Earth’ and ‘The Judge Child’, McMahon’s constantly evolving style has helped make him one of the greatest Dredd artists of all time. Famed for his ‘big boots’ design and vivid imagination, McMahon’s work helped define Dredd’s world and won him legions of fans.

From his dynamic early work influenced by Dredd co-creator Carlos Ezquerra to his later utterly unique style, this Apex Edition showcases the evolution of his career in unprecedented detail and demonstrates how McMahon came to influence generations of comic book artists.

Complete stories such as ‘Judge Whitey’, ‘Frankenstein II’, ‘The Wreath Murders’, and ‘Dream Palace’ are published alongside pages from ‘The Cursed Earth’, ‘The Day the Law Died’, ‘The Judge Child’, and ‘The Fink’.  As well as his brush and pen work, the reproduced pages include many of their original titles and word balloons, as well as printer’s marks and other ephemera, giving fans the chance to see these pages in all their glory.

This collection follows the successful Judge Dredd by Brian Bolland Apex Edition, which is being published this year. Further volumes of original art by other 2000 AD artists are planned.