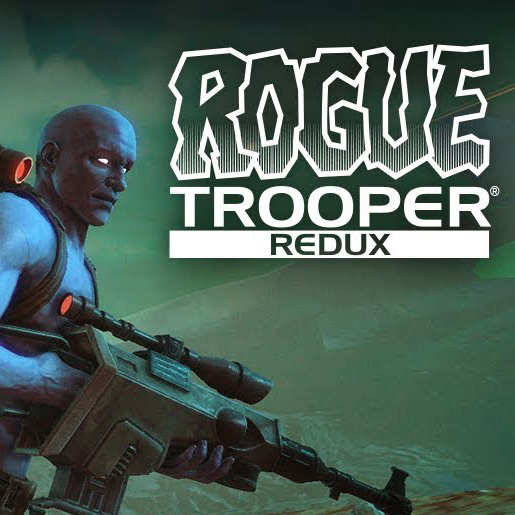 For Pre-orders and a chance to WIN a copy of the game, head to www.RogueTrooper.com

Enjoy over five minutes of brand new gameplay from this explosive remaster of the pioneering third-person shooter. Find out everything you need to know about Rogue Trooper’s story, campaign, modes and gameplay and discover how the sentient biochips stored in Rogue’s equipment turn him into a one-man army! 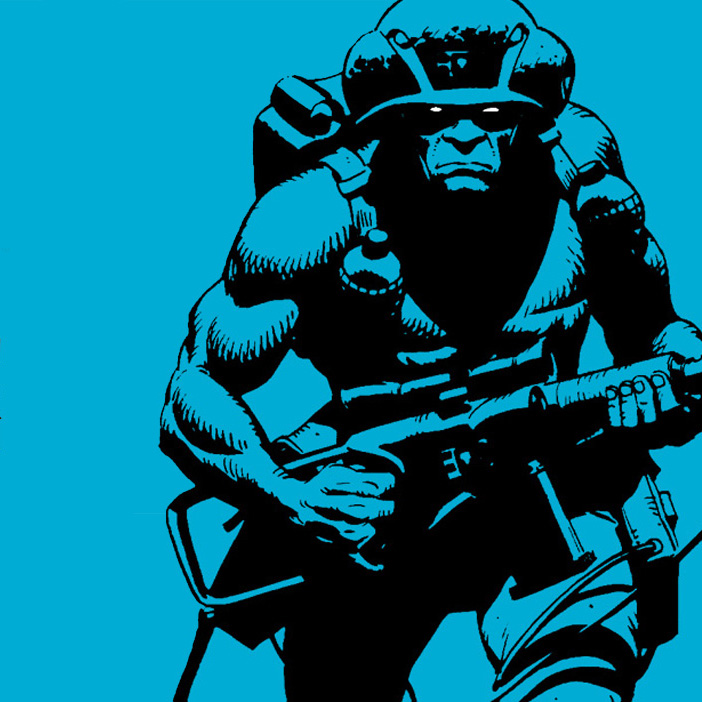 Prepare to make your own way across the toxic wasteland of Nu Earth – to celebrate the announcement about Rogue Trooper Redux, you can grab the print edition of Volume 1 for the special price of £9.99 or buy the entire saga of the Rogue Trooper in digital editions for less than £20!

Nu-Earth – a poisoned planet ravaged by war. Across the battle-scarred landscape stalks a solitary figure, the last of his kind, the disembodied digital personalities of his dead comrades his only company.

He is the Rogue Trooper and his mission is simple – find and kill the traitor general who betrayed the Genetic Infantrymen.

Created by Gerry Finley-Day and fan-favourite artist Dave Gibbons, Tales of Nu Earth brings the stories of the original Rogue Trooper together in four thick collections that are a must for any comic book fan! 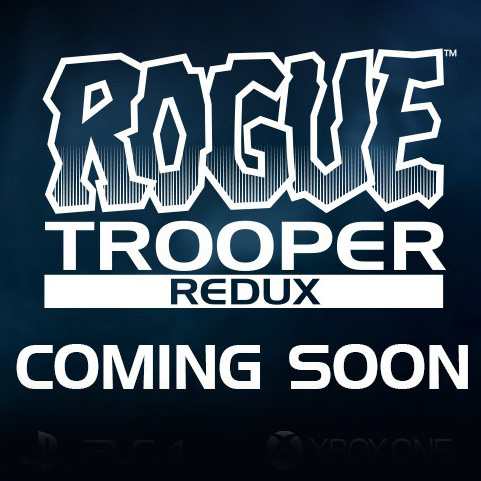 The most feared soldier on Nu Earth is back in business! ROGUE TROOPER REDUX will bring 2000 AD®’s blue-skinned GI to Nintendo Switch™, PlayStation®4, Xbox One and PC.

In 2006, the original ROGUE TROOPER set the benchmark for video game adaptations of comic books. Developed by Rebellion®, the studio behind Sniper Elite 4 and owners of British comic book powerhouse 2000 AD®, it was widely acclaimed for bringing the cult sci-fi strip to life in an authentic, tactical, cover-based third-person shooter that debuted before the genre became the gaming staple it is today.

ROGUE TROOPER REDUX will remaster the Rebellion® classic for a new generation of players, taking them to the chem-blasted battlefields of Nu Earth. Rogue, a bio-engineered Genetic Infantryman (or “GI”) immune to the planet’s poisonous atmosphere, is the last soldier standing against the colonial Nort regime. Carrying three fallen comrades as biochips in his equipment, Rogue is a one-unit squad of death and destruction, and he only has one thing on his mind – REVENGE.

ROGUE TROOPER REDUX is being developed in partnership with experienced UK studio TickTock Games, making it the first 2000 AD® game developed outside of Rebellion®. The game also marks the first of potentially many externally developed 2000 AD® games after announcing it will open up its wealth of iconic IP – such as Judge Dredd and Sláine – to other developers.

About Rebellion®
Founded in 1992, Rebellion® is one of Europe’s leading independent game developers and publishers. Whether it’s the breathtaking intensity of Sniper Elite 4, the face-hugging terror of Aliens vs. Predator or the grindhouse frenzy of Zombie Army Trilogy, the Oxford-based studio is known for creating stand-out games that thrill players. www.rebellion.com

About 2000 AD®
2000 AD® is the legendary British anthology comic and home of Judge Dredd, as well as a galaxy of original sci-fi, fantasy, and horror action stars. As well as producing innovative and provocative comics for 40 years, it has brought the industry some of its biggest talents, from Alan Moore, Grant Morrison, and Mark Millar, to Jock, Brian Bolland, Dave Gibbons, and many more. Published in print and digital every Wednesday, 2000 AD® is the Galaxy’s Greatest Comic and remains at the industry’s cutting edge. www.2000ADonline.com

About TickTock Games
Founded in 2005, TickTock Games is an independent developer based in West Yorkshire. Boasting a team of highly skilled programmers, artists and producers, most with over fifteen years of experience creating games on all leading platforms, including PC, Console and mobile devices. www.ticktockgames.com