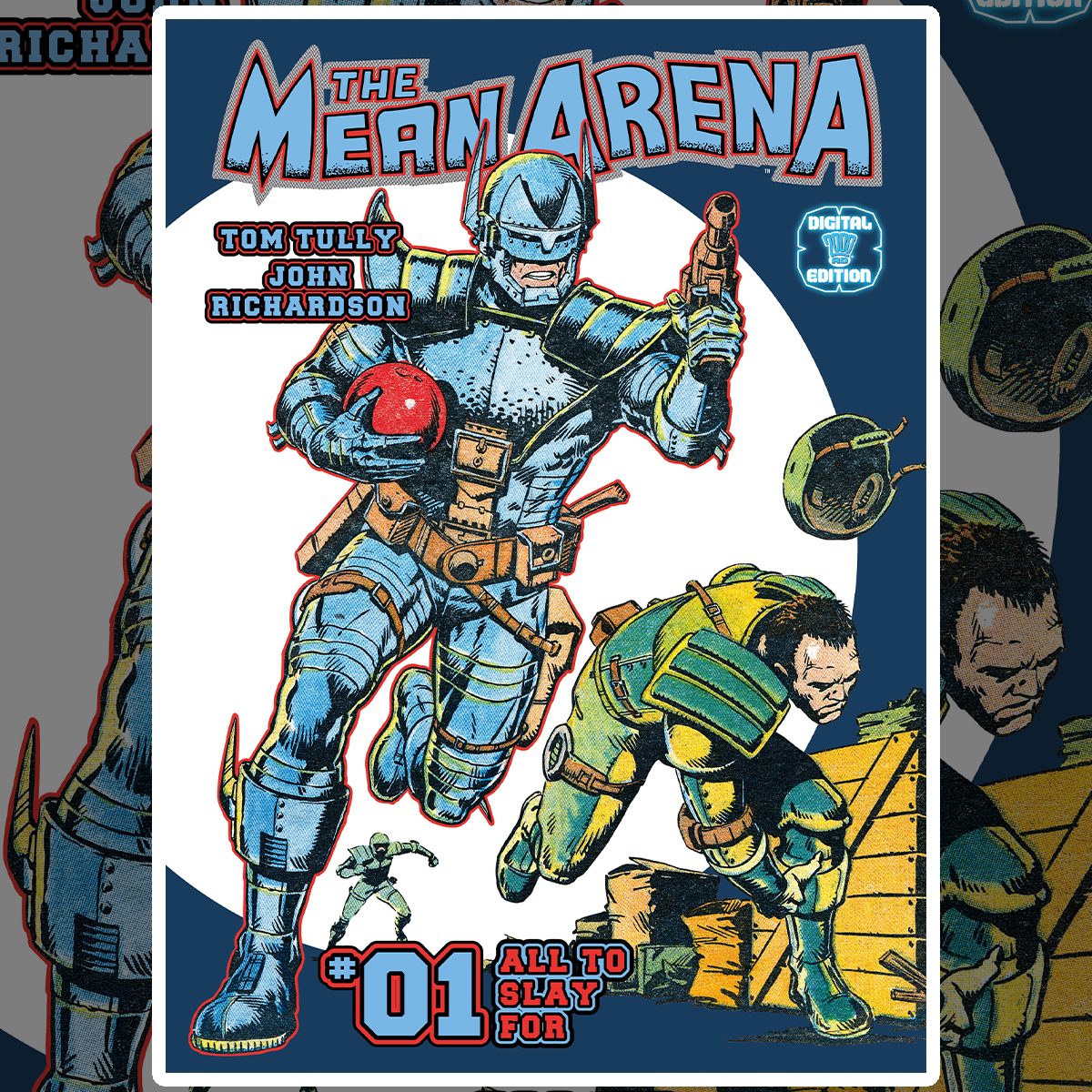 We’re super excited to unveil a preview of The Mean Arena Volume 1: All To Slay For ahead of its release in a couple of weeks, the latest title in our brand new series of digital-only 2000 AD collections for 2021!

Created by Tom Tully and John Richardson, and debuting in 2000 AD Prog 178, in this Rollerball-meets-Roy of the Rovers game, the highly gifted striker of Slater’s Slayers, Matt Tallon, isn’t just after championship glory – he wants to avenge his brother’s death!

Each team playing this dystopian, brutal sport combining rugby, football and all out street brawls, have their own unique names and gimmicky costumes – with fans of the strip having the chance to write in with their suggestions for team names, which were then written in. Richardson was later replaced by Steve Dillon, who gave the series a cool dynamism straight out of The Running Man; Johnny Johnstone also contributed art to the strip.

You can check out the first four pages of The Mean Arena Volume 1 below, and it’s out on March 3rd – available from the 2000 AD app, as DRM-free download from the 2000 AD webshop, and on Amazon Kindle devices.