The official 2000 AD podcast brings you the 'Future Shock' script competition and the 41 Years of 2000 AD panels from the annual convention in Leeds. 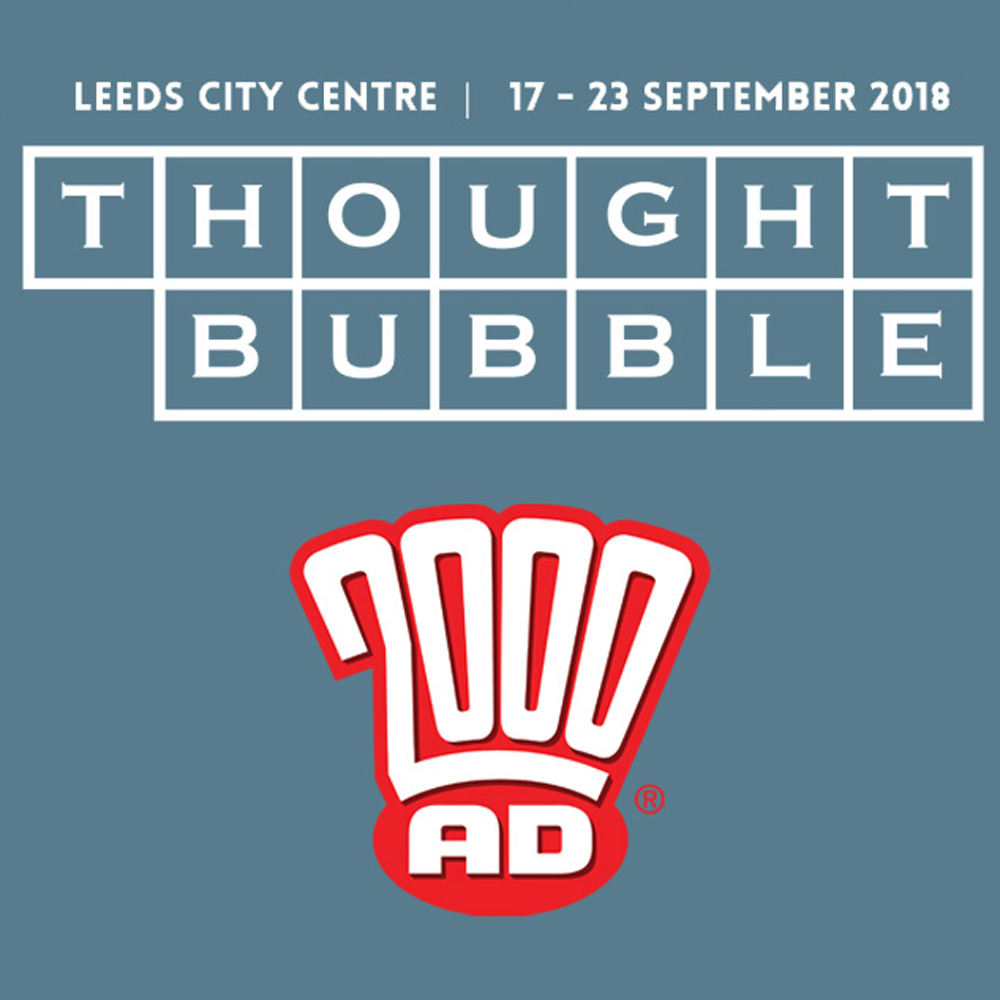 This fortnight’s episode begins on an incredibly sad note, as we say goodbye to Carlos Ezquerra. The next episode of the Thrill-Cast will be dedicated to him and his legacy.

One of the highlights of the droids’ year, the Thought Bubble convention in Leeds is a celebration of the comic book medium and an ideal opportunity for 2000 AD to engage with readers old and new.

Plus, every year 2000 AD gives new writers and artists the chance to get their first work for the Galaxy’s Greatest Comic. Prospective art droids have their work scrutinsed while would-be writers must pitch their own original Future Shock in just two minutes! They’re not for the faint of heart but the competitions have launched the professional careers of some of the newest talent to grace the pages of 2000 AD.

This year, the script competition – judge by former script competition winners Laura Bailey (Demaro P.I.) and Rory McConville (Devlin Waugh) with 2000 AD editor Matt Smith and Rob Williams (Judge Dredd) – got through 12 separate entries, ranging from the wicked to the sublime! There was advice aplenty, as the judges sifted through the entries and chose their favourite. Listen as would-be writers pitch their ideas and discover who this year’s winner was!