On the latest episode of the official 2000 AD podcast, writer on Judge Dredd, Zombo, Damnation Station, and The Zaucer of Zilk talks about his work and career 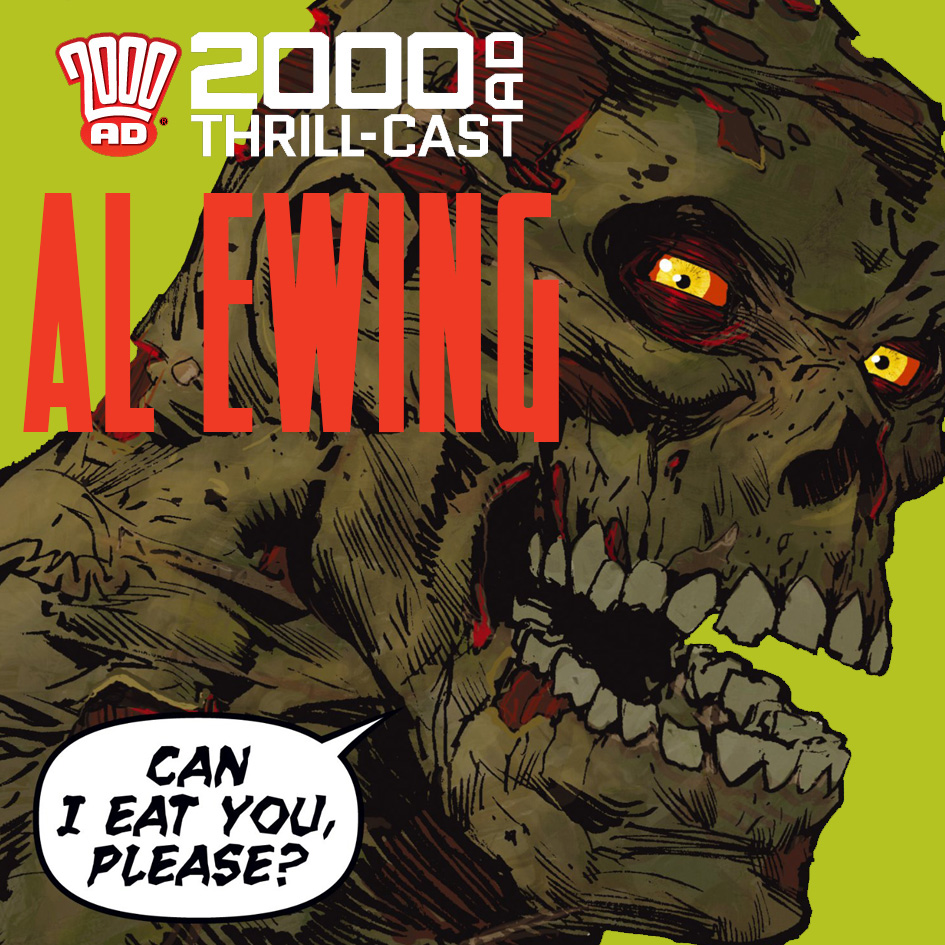 He’s the mad genius behind Zombo, Damnation Station, and The Zaucer of Zilk – and now he’s in the pub, talking to The 2000 AD Thrill-Cast!

Bringing a unique new voice to 2000 AD, his vivid imagination and dark humour-tinged stories quickly established him as one of 2000 AD‘s most popular writers and a regular on Judge Dredd, where he worked with Si Spurrier and Rob Williams on the hugely successful Judge Dredd crossover epic, Trifecta.

With his on-going success with Marvel Comics, Ewing sits down with Molch-R to discuss his beginnings as a writer, his preferred version of ‘The Marvel Method’, his thoughts on continuity, and whether he’s coming back to the Galaxy’s Greatest Comic.