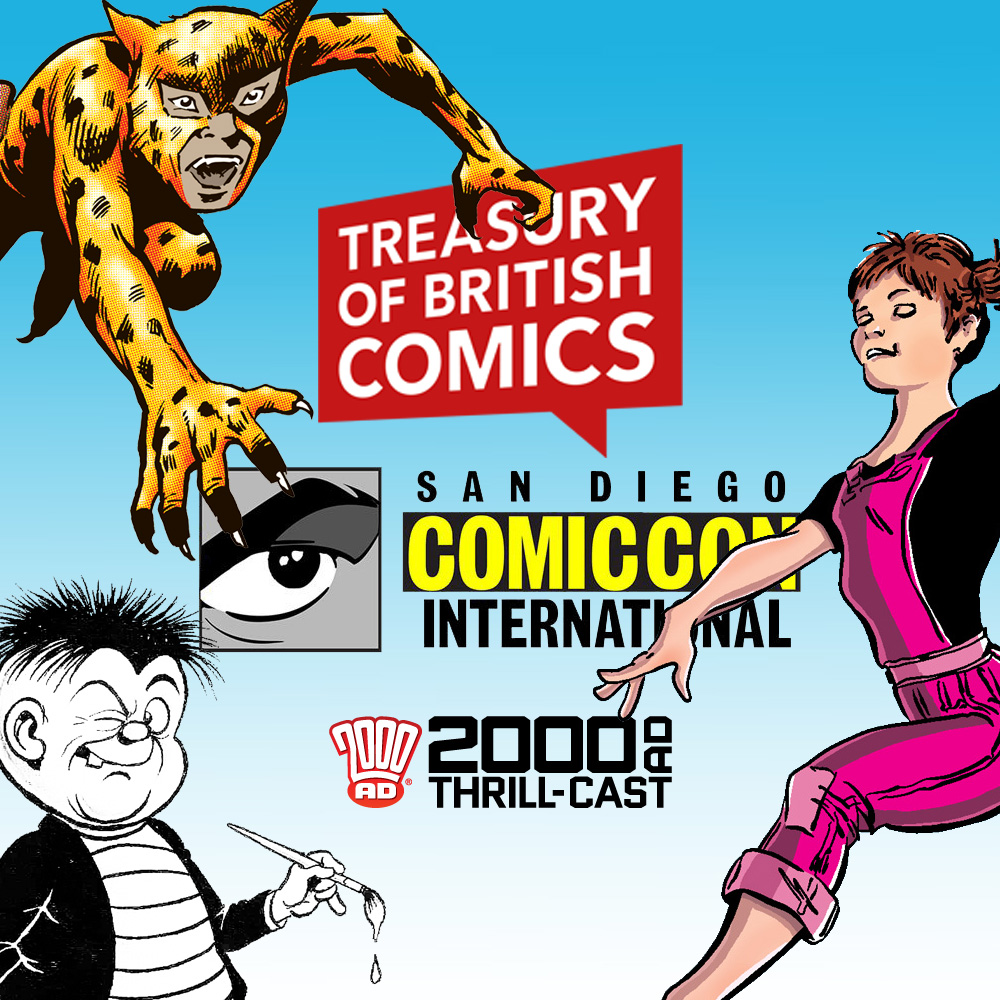 They’ve influenced some of comics’ biggest names, but you’ve probably never heard of them; this is the hidden history of what was one of the biggest comics industries in the world.

We continue our special coverage of San Diego Comic Con 2018 with a recording of the ‘The Treasury of British Comics: Can A Forgotten Archive Teach Us About Comics In The 21st Century?’ panel from the Thursday of this year’s show.

From The Leopard from Lime Street to Whizzer and Chips, from horror comics aimed at young girls to warped humor comics for preteens, these weekly anthologies were a unique influence on some of the biggest names in comics and, with their weekly format and cross-genre mashups, form the missing link between American comics, European comics, and manga.

2000 AD Covers Uncovered: Pye Parr goes for the gut with his Intestinauts cover!