The 2000 AD Thrill-Cast: Dredd, girls’ horror comics and the future! The 2000 AD panels at San Diego 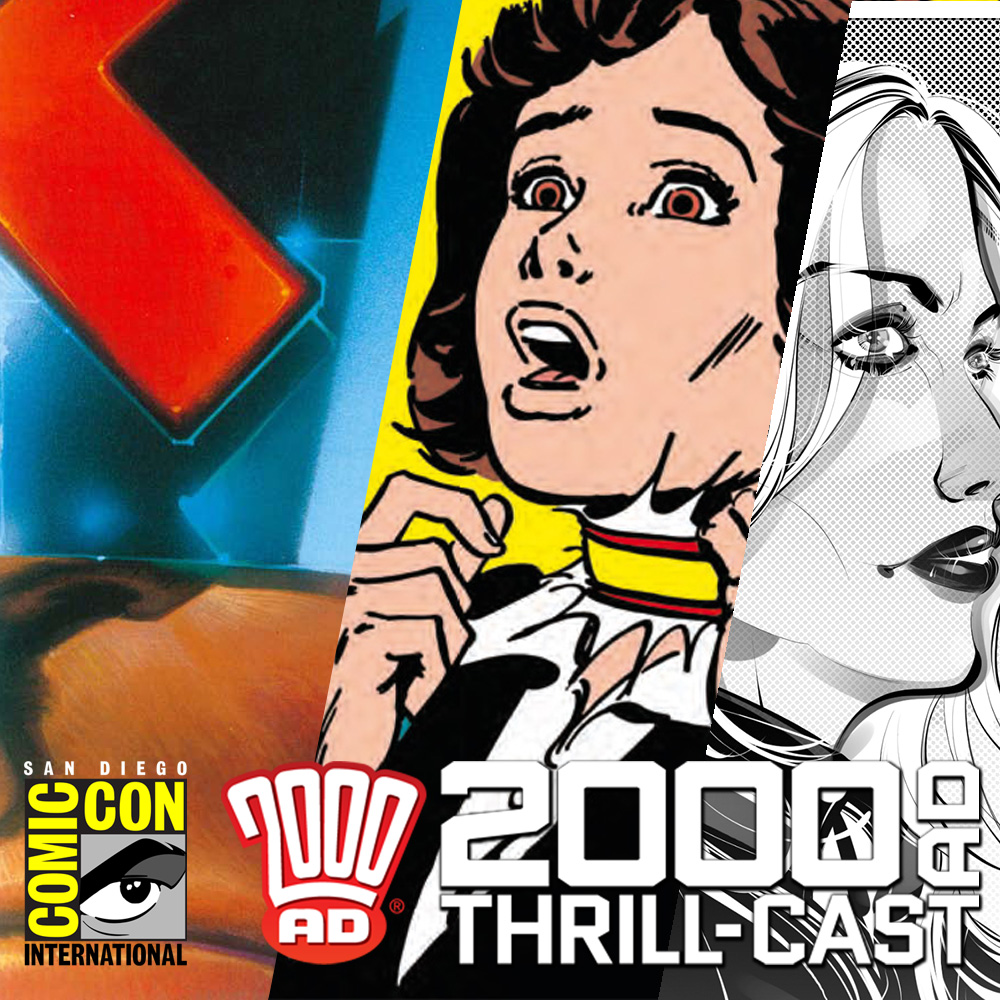 It was another busy San Diego Comic Con for the 2000 AD droids, with signings, selling, and a host of zarjaz panels!

The 2000 AD podcast is pleased to present you with three fascinating chats with guests new and familiar, as we bring a little bit of Thrill-power to the greatest show on Earth!

Please note that these panels were recorded live and so the sound quality at times is poor.

Judge Dredd: Supercop or Satire?
He’s the hardline cop bringing justice to the mean futuristic streets of Mega-City One, but is Judge Dredd a hero or a villain? Is he a law enforcement role-model or, in the light of recent years, is he becoming a worrying vision of the future? Our panel of creators and commentators debate the pros and cons of the ultimate lawman of the future! Moderated by Rosie Knight (Nerdist) with guests Joelle Monique (Teen Vogue), Ani Bundel (The Beat), Christina “Steenz” Stewart (Archival Quality), Graeme McMillan (Hollywood Reporter), INJ Culbard (Brink) and Mike Molcher (2000 AD).

“It’s Women Who Love Horror”: The Forgotten British Girls’ Comics
Misty was the groundbreaking British comic for girls that laid the way for women’s horror comics. Our diverse panel will discuss how, while horror has often been seen as a male-centric genre, it has always been driven by a huge female fandom and how the revival of Misty can once again pave the way for a new kind of comics. Moderated by Rosie Knight (Nerdist) with guests Joelle Monique (AV Club), Jazmine Joyner (Women Write About Comics), Mallory Yu (All Things Considered (NPR)) and Mike Molcher (2000 AD).

Reimagining 2000 AD
2000 AD has been one of the most prolific and iconic publications on shelves since 1977. But the future of the comic is just as exciting and in this panel a crack group of creators and critics discuss how 2000 AD‘s owners, Rebellion, are embracing new creators and outlooks to push 2000 AD even further into the future! Moderated by Graeme McMillan (Hollywood Reporter) with guests Mike Molcher (2000 AD), Anna Morozova (Future Shock), INJ Culbard (Brink), and Tula Lotay (2000 AD covers).

2000 AD Covers Uncovered – Mark Montague Gets To Kiss The Axe