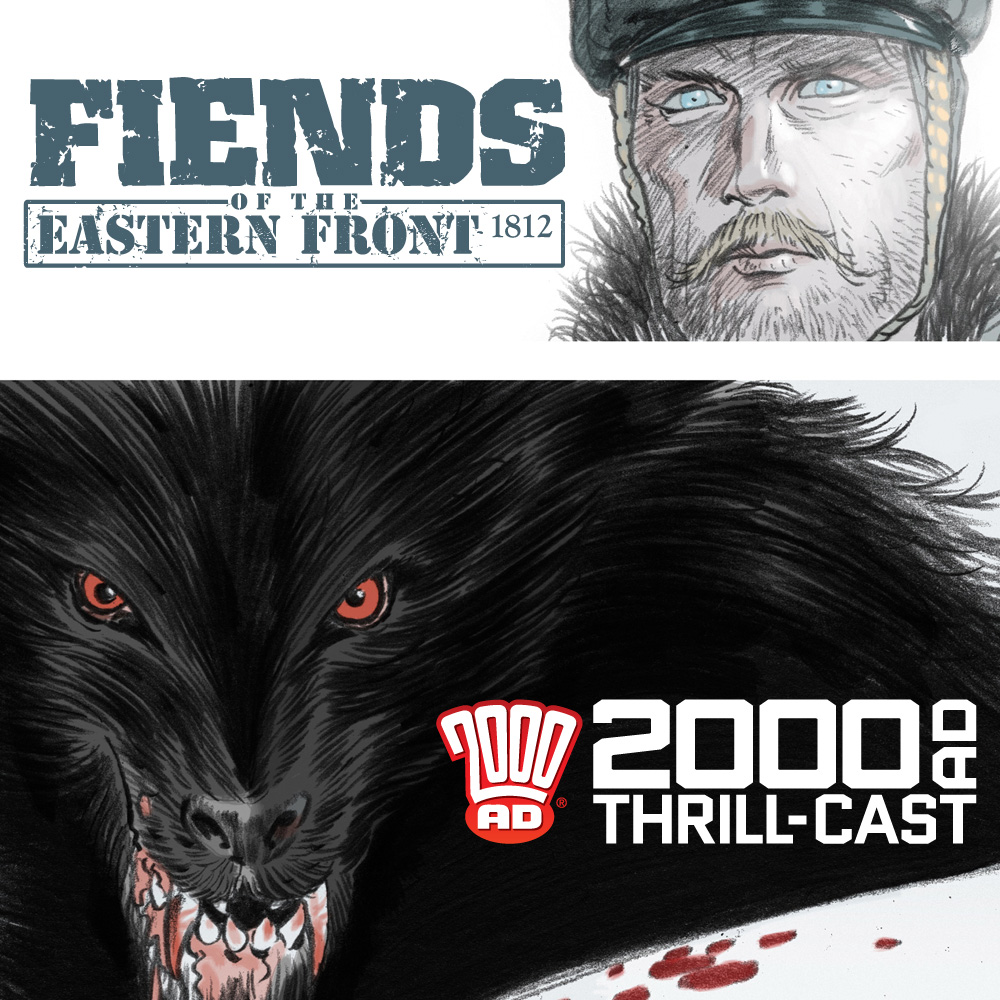 From the snow-bound battlefields of World War II to those of the 19th early Century, one of the most popular horror strips from 2000 AD has returned with a new setting but a familiar face! It was great to welcome writer Ian Edginton back to the Thrill-Cast to discuss his and Dave Taylor’s atmospheric new series, Fiends of the Eastern Front: 1812, which explores just part of the back-story of Gerry Finley-Day and Carlos Ezquerra’s 1980 war horror classic.

Plus we talk to graphic novel editor Keith Richardson about the books out this month from The Treasury of British Comics, including Alan Hebden and Carlos Ezquerra’s El Mestizo and Sniper Elite: Resistance!