The official 2000 AD podcast talks to one of the minds behind the launch of 2000 AD! 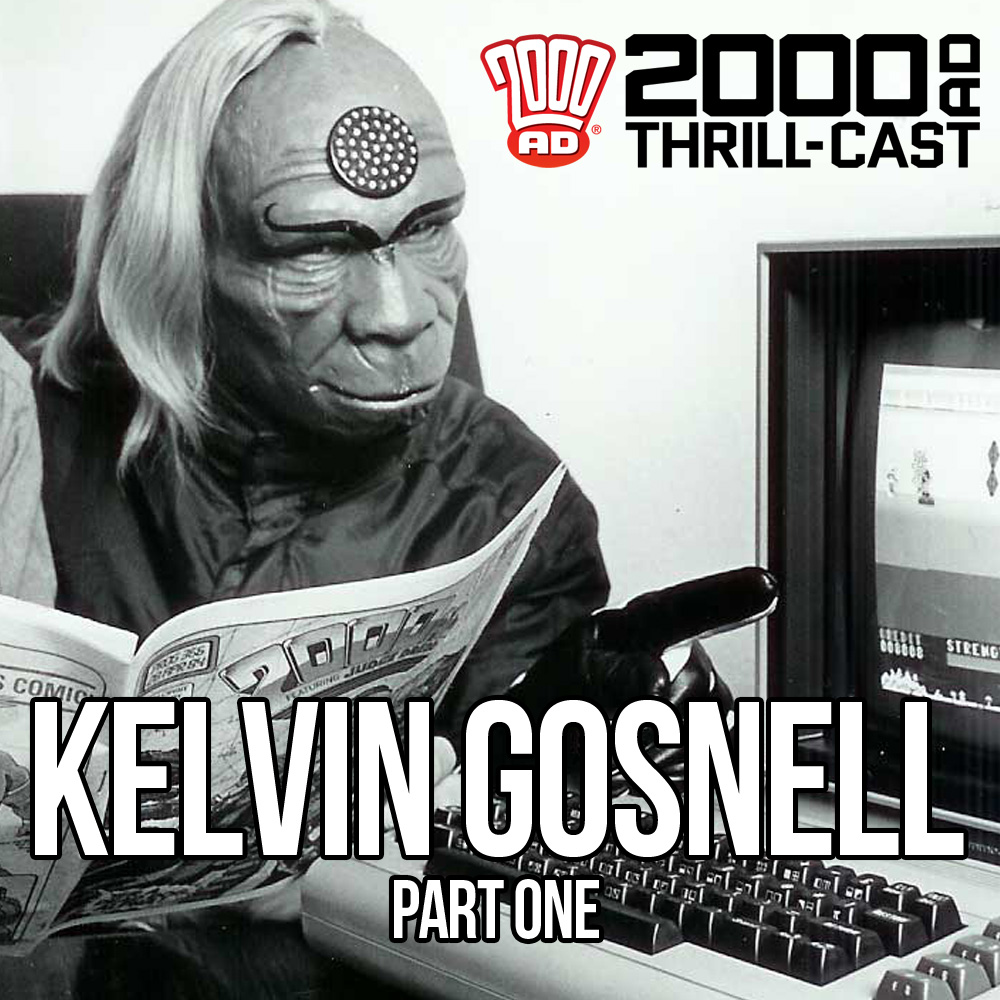 In the mid-1970s, a sub-editor at British comics publisher IPC read a newspaper article about a forthcoming movie called Star Wars. Spotting a potential gap in the market and encouraged by fellow IPC employee Pat Mills, he penned a memo to management suggesting that science-fiction would be the Next Big Thing…

The 2000 AD podcast chats to the author of that memo, Kelvin Gosnell, about his role in creating 2000 AD, how he went from the competitions department at IPC to creating comics, and some of his stories from the dawn of the Galaxy’s Greatest Comic.

After this episode, make sure you check out the Thrill-Cast’s roundtable discussion about Starlord, the comic Kelvin launched in 1978.

The 2000 AD Thrill-Cast is the award-winning podcast that takes you behind-the-scenes at the Galaxy’s Greatest Comic! As well as interviewing top creators and famous fans, we bring you announcements, competitions, and much more! You can subscribe to the Thrill-Cast on iTunes or on the podcast app of your choice, or you can listen now at www.2000ADonline.com/podcast