Listen to the script and art competition panels from this year's Thought Bubble convention as Tharg searches for the droids of the future! 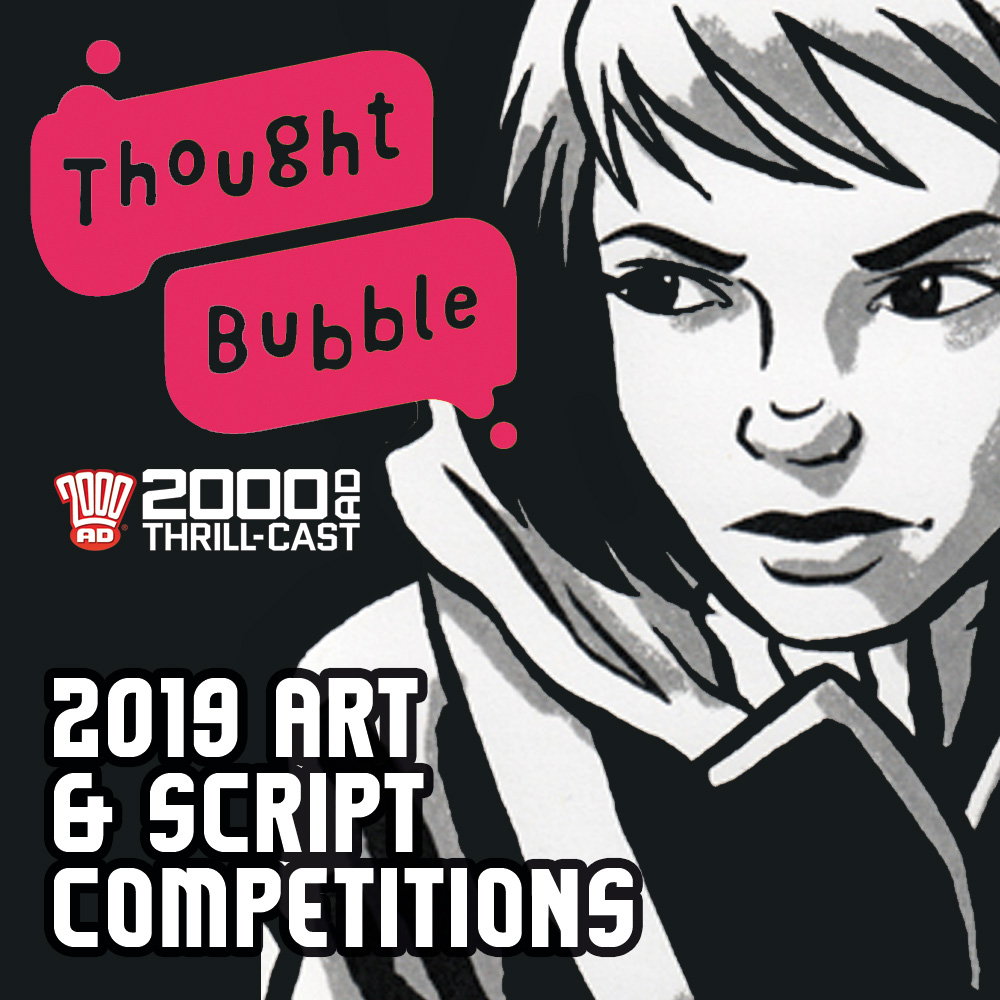 At this year’s Thought Bubble convention, 2000 AD returned with the only talent search of its kind in the UK – with the prizes being paid work with the Galaxy’s Greatest Comic!

It’s Dragons’ Den meets the Nerve Centre as Tharg the Mighty’s droids sit in judgement on hopeful writers and artists looking to join their ranks – and you can now listen to both of the panels on the latest edition of The 2000 AD Thrill-Cast!

The script competition, at which would-be writers have two minutes to pitch their idea for a Future Shock, took place on the Saturday afternoon in front of a panel made up of current 2000 AD editor and writer Matt Smith, writer Leah Moore, and writer and former 2000 AD editor Andy Diggle. Almost 30 entrants nervously awaited the chance to stand before a live audience and deliver their pitch, with a dozen making it through in time!

For the art competition, entrants had to draw pages from ‘The Ticket’, a Terror Tale by Paul Tobin and originally drawn by Dan Cornwell. After getting through a HUGE line of would-be contestants, 2000 AD editor Matt Smith chose nine entries to go forward to the judging panel on the Sunday morning. In front of a live audience the panel – made up of writer Leah Moore (Storm Warning), and artists Mike Dowling (Anderson, Psi Division) and Frazer Irving (Judge Death) – went through each entry and gave advice to the artists on how to improve their work.

To see all the entrants for the art competition while you listen, visit the blog post here >>